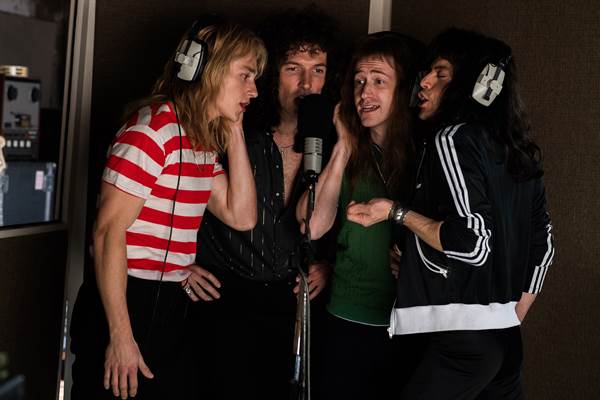 Bohemian Rhapsody is a foot-stomping celebration of Queen, their music and their extraordinary lead singer Freddie Mercury, who defied stereotypes and shattered convention to become one of the most beloved entertainers on the planet. The film traces the meteoric rise of the band through their iconic songs and revolutionary sound, their near-implosion as Mercury's lifestyle spirals out of control, and their triumphant reunion on the eve of Live Aid, where Mercury, facing a life-threatening illness, leads the band in one of the greatest performances in the history of rock music. In the process, cementing the legacy of a band that were always more like a family, and who continue to inspire outsiders, dreamers and music lovers to this day. 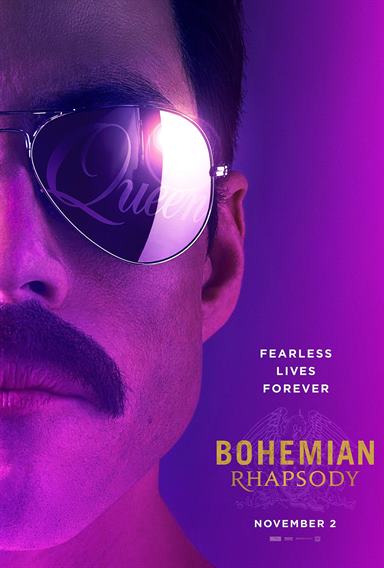 I never rate a movie by what I want it to be; I choose instead to look at it as a stand-alone piece of creative work and how it will impact an audience. With that in mind, if I were to use a one-word grading system to define the film "Bohemian Rhapsody" that word would be "Brilliant". The film is a joyous celebration of the 70's rock group "Queen", their music, and the life of their legendary lead singer Freddie Mercury. It's sure to be a hit with their fans and may even have them tearfully singing in the aisles; just like they did at one of their concerts.

If you're looking for two plus hours of heavy drama about the self-destructive downward spiral of a rock star, this is not your film (go see "A Star Is Born). However, if you're up for a few hours of getting wonderfully lost in a movie, carried away by its characters and music, while lightly watching the struggles that come with fame and self-discovery, this film is right up your alley!

There have been lots of stories about problems with the making of this film, personnel being fired, actors being replaced and the like, but upon the screen, you'll see no trace of that, just a beautifully photographed tale of one of the best rock groups ever to grace a stage.

In the early 1970's, an aspiring songwriter, Freddie Mercury (Malek), joins a down and out rock band. Because of Freddie's uncontrolled desire to flagrantly flaunt convention and defy stereotype, while creating some truly memorial tunes, the band suddenly becomes a hit and he becomes one of the hottest singers in the world.

Tracing their meteoric rise to mega-fame and the creation of many of their iconic songs, the film takes us on their journey, while showing the effect unparalleled success has on the group (Brian May, Roger Taylor, John Deacon) and on Freddie in particular.

The film ends with their historic concert at Wembley Stadium during the "Live Aid' Concert Broadcast in 1985, where an Aids infected Mercury gave the performance of his life.

"Bohemian Rhapsody" pays strict homage to Queen's music and highlights their songs as they were written while never letting the tunes leave your ears for any length of time. The sound recording in the film is so exceptional that you feel you're at a concert hearing it all.

Rami Malek inhabits Freddie absolutely perfectly; he's that amazingly good in the role. His performance should earn him an Academy Award. While I'm on the subject, the exceptional cinematography of Newton Thomas Sigel should also be up for an award.

Finally, whomever the main Director was on the film, either Bryan Singer who walked off the film or the barely credited Dexter Fletcher who took over, the work was excellent, but unfortunately will probably go unrewarded.

My take… I loved the film. When it ended, which I didn't want to happen, I wanted to stay and see it again! It's a great Bio-pic, you'll enjoy it. Can you say "We Will, We Will, Rock You!"