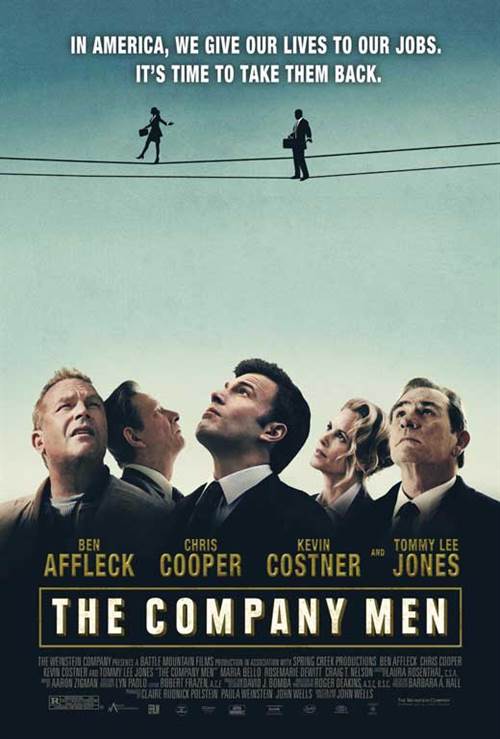 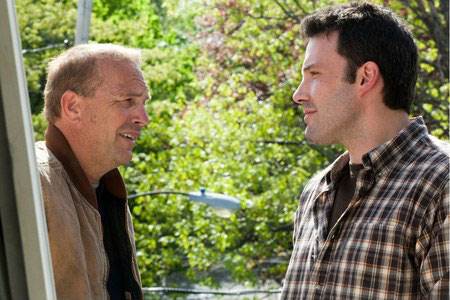 In his feature film directorial debut, John Wells paints a heroic and honest portrait of where our culture is today. The force behind such celebrated shows as ER, THhe West Wing, Southland and the upcoming Showtime series Shameless, Wells brings his signature combination of nuanced character work and uncompromising drama to this story of a group of co-workers who must rebuild their lives after corporate downsizing. Ben Affleck plays Bobby Walker, a golf-playing marketing and sales exec whose sense of self crumbles when he loses his job. Company founder Gene McClary (Tommy Lee Jones) tries to fight the good fight against the layoffs, only to discover that he has made himself a target. And older worker Phil Woodward (Chris Cooper) gives in to blind fury as he waits for the inevitable. With an extraordinary ensemble cast including Kevin Costner and Maria Bello and inspired cinematography by Roger Deakins, The Company Men offers a resonant examination of the human spirit that asks us if we truly know what matters most in life. The Company Men debuted at the 2010 Sundance Film Festival.

The Company Men images are © Weinstein Company, The. All Rights Reserved.

Chris Rebholz
The talk of recession has been topic of discussion for a few years now. After a lot of the larger corporate companies started downsizing there was a general fear among people that many Americans were going to end up jobless. Only very recently has the job market started to take something of a turn f...
Full Review | Grade: B 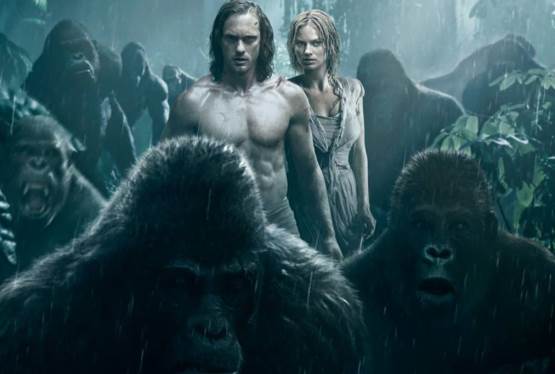