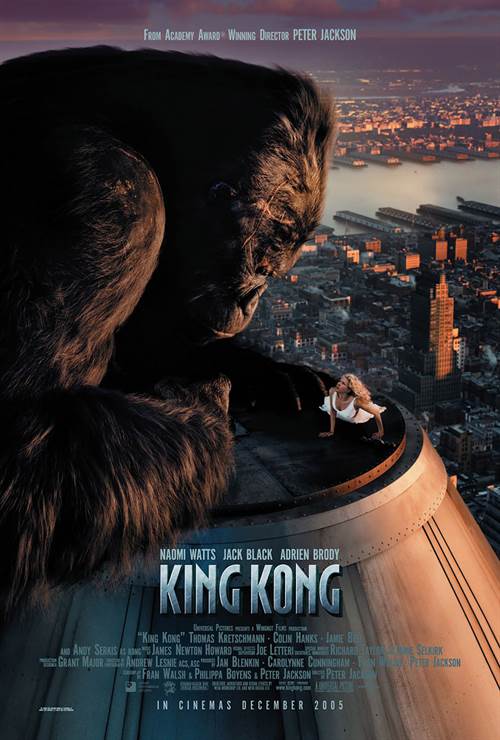 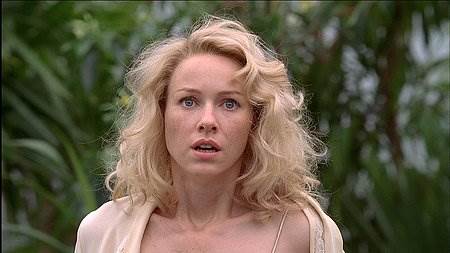 In the King Kong Deluxe Edition DVD, it is 1933, and vaudeville actress Ann Darrow (Oscar® nominee Naomi Watts) has found herself-like so many other New Yorkers during the Great Depression-without the means to earn a living. Unwilling to compromise and allow herself to sink into a career in burlesque, she considers her limited options while aimlessly wandering the streets of Manhattan. When her hunger drives her to unsuccessfully try to steal an apple from a fruit vendor's stall, she is rescued-literally- by filmmaker and multiple hyphenate Carl Denham (Jack Black). It seems that the entrepreneur-raconteur-adventurer is no stranger to theft, having that day lifted the only existing print of his most recent and unfinished film from under his studio executives' noses when they threatened to pull his completion funds. Carl has until the end of the day to get his crew onboard the Singapore-bound tramp steamer, the S.S. Venture, in hopes of completing his travelogue/action film. With that, the showman is certain he will finally achieve the personal greatness he knows awaits him around the corner.and although the crew believe that corner to be Singapore, Denham actually hopes to find and capture on film the mysterious place of legend: Skull Island. Unfortunately for Carl, his headlining actress has pulled out of his project, but his search for a size-four leading lady (the costumes have all been made) has, fatefully, led him to Ann. The struggling actress is reluctant to sign on with Denham, until she learns that the up-and-coming, socially relevant playwright Jack Driscoll (Oscar® winner Adrien Brody) is penning the screenplay-the fees his friend Carl pays for potboiling adventure are a welcome supplement to Driscoll's nominal income from his stage plays. With his newly discovered star and coerced screenwriter reluctantly onboard, Denham's "moving picture ship" heads out of New York Harbor.and toward a destiny that none aboard could possibly foresee. The King Kong Deluxe Edition DVD is a visual masterpiece with a love story not to be forgotten.

Stream King Kong in Digital HD/4K from the AppleTV store.