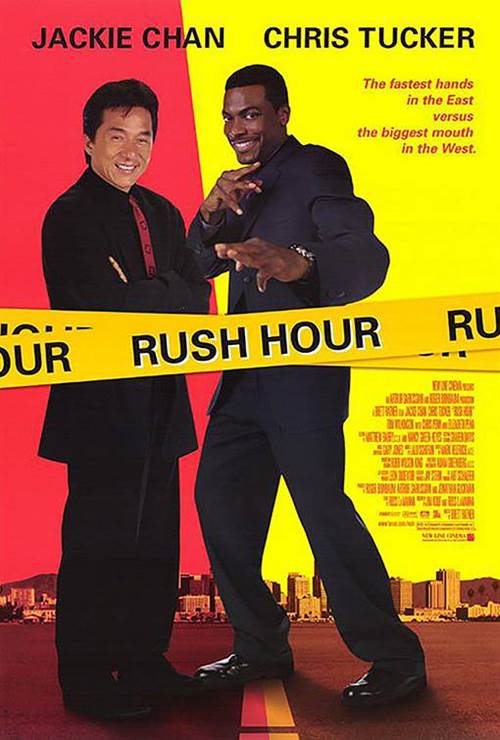 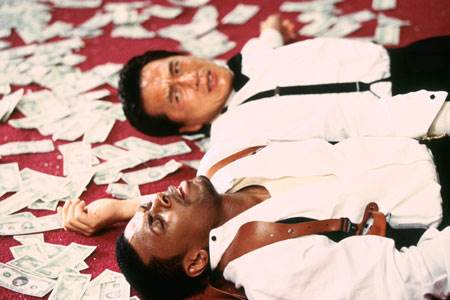 LAPD Det. James Carter insists. He gets a partner. And since that partner is played by dynamic martial arts legend Jackie Chan and motor-mouthed Carter is played by wisecracking Chris Tucker, Rush Hour zooms along with gleeful chemistry under the dynamic directorial hand of Brett Ratner. The case: rescue the kidnapped daughter of a visiting Hong Kong official. The result: amazing stunts (Chan does his own) and verbal wit (well, Tucker does his own, too!) that delivered a kick to the buddy-cop genre ? and gave Chan his long-awaited, mainstream-U.S. breakthrough.

Stream Rush Hour in Digital HD/4K from the AppleTV store. 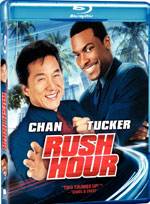 Who doesn't love a buddy cop movie? It all started way back in the eighties with Mel Gibson and Danny Glover. Their on screen chemistry starting with the first of four Lethal Weapon movies set a bar all action/comedy movies to come. There have been many incarnations of this type over the years, and with varied combinations. The one, though, that brought the genre back to where it began is Rush Hour.

The movie stars Jackie Chan and Chris Tucker as two cops who are forced to work together. The plot of the movie is fairly simple; Jackie's character (Inspector Lee) is friends with the Chinese consulate. The consulate's daughter gets kidnapped and Jackie is brought in to help with the case. Chris Tuckers character (James Carter) works for the LAPD and is also working the case, but unbeknownst to him he has been handed the task of baby-sitting Inspector Lee while the Feds handle the kidnapping. Of course Carter is none too pleased about this arrangement and is going to prove to the FBI as well as his own department that he can solve this case on his own. What starts off as a rocky relationship in which Lee continues to run escape Carters grasp becomes a partnership of mutual respect and then eventually friendship.

The movie culminates in the duo doing their best to thwart the nefarious plans of our main villain, played by Tom Wilkinson. What works so well for this movie is the immediate and obvious chemistry between Tucker and Chan. Chan's portrayal of a straight laced, nose to the grindstone type of cop blends perfectly with Tucker's fast and loose personality. Naturally the movie has multiple action scenes that utilize Jackie's years of experience doing stunt work. And while the stunts in this movie are extremely toned down compared to his earlier ventures, there is no loss of excitement during any of the scenes and that's something that all Jackie Chan fans can appreciate.

Now the movie comes to Blu-ray with a bevy of extras for those who have a special place in their heart for this film. Fans will be treated to a walk-thru of Jackie's stunts in the movie, out takes with Chris and Jackie that are even better than the ones that ended up in the film. Also there is a director commentary as well as a music video.

The movie itself looks outstanding on Bu-ray. There are a lot of key scenes that really pop out not only visually but they sound fantastic as well. Keep an eye out for the scenes when Jackie is teaching Chris how to disarm an opponent. That scene while subdued as far as pacing is concerned has a subtle way popping out in terms of contrast. But if you're a fan of surround sound then what you want to be prepared for are two key scenes where the surround sound pays off. First at the beginning of the film when Jackie attempts to stop a car by firing at its gas tank, the resultant explosion makes surround sound totally worth it. The other is when Lee and Carter are attempting to get away from their enemies. Once again, there is an explosion that just rocks your ears.

All in all the Blu-ray version of Rush Hour delivers where it counts: action, comedy, big explosions, and most importantly, a happy ending. 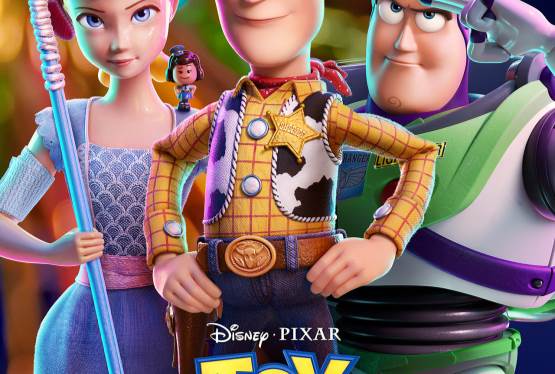