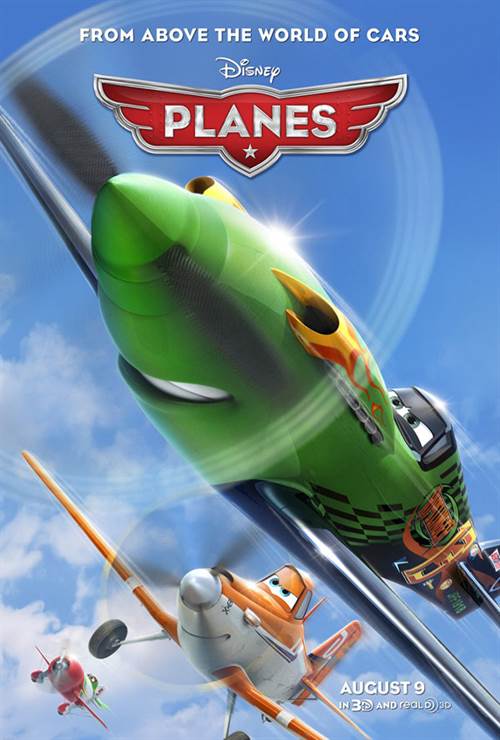 From above the world of “Cars” comes “Disney’s Planes,” an action-packed 3D animated comedy adventure featuring Dusty (voice of Dane Cook), a plane with dreams of competing as a high-flying air racer. But Dusty’s not exactly built for racing—and he happens to be afraid of heights. So he turns to a seasoned naval aviator who helps Dusty qualify to take on the defending champ of the race circuit. Dusty’s courage is put to the ultimate test as he aims to reach heights he never dreamed possible, giving a spellbound world the inspiration to soar.

Stream Planes in Digital HD/4K from the AppleTV store. 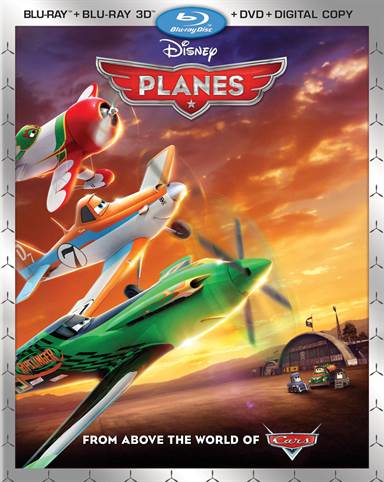 Home fun for the whole family arrives on November 19th with the release of Planes in a Blu-ray, Blu-ray 3D, DVD combo pack just in time for holiday giving.  The animated comedy takes flight for the youngsters who like the excitement of racing and making new friends.  The film features quality principles that include friendship, helping others and realizing your dreams.  It may be a spinoff from Cars, but this high flyer has a life all its own.

The story centers on Dusty a dust cropper light aircraft that works hard fertilizing acres of farmland day after day.  But he also has dreams of being a racer some day and although he's just a small engine flyer, he has a lot of courage and ambition even though he has a fear of heights.  Yes, Dusty doesn't like going beyond the clouds and prefers to fly low level where he can see the ground.

It's that time of the year and the North American trials for the Wings Around the Globe race are about to take place and Dusty wants to try out for a spot in the race.  With the help of his friend mechanic Dottie and his faithful friend fuel truck Chug, Dusty finds himself in a trial race against some very fast prop planes.  When Dusty finds the going tough, he digs down deep for a lot of courage and takes one last stab at a chance to fulfill his dream.

The fun little film puts on a very good show for the youngsters showing how Dusty never gives up and keeps trying.  Director Klay Hall keeps his film moving at a fast clip never boring or overly sappy.  He gives his little star a chance to shine, yet with a lot of obstacles that he has to avoid on his way to his dream.  He handles the message with kid gloves showing that even the smallest can achieve his goal no matter how difficult the task.  His characters are fun, cute and even most aggressors are surprisingly lovable.

The Blu-ray 3D for Planes is very good and shows a lot of depth of field giving youngsters a feel that the race in right in their family room.  There's not a lot coming at you, but enough to get the feeling you can touch some of the planes and other protrusions. The special effects are more prominent and even though it may be darker than playing the Blu-ray version, 3D is a fun feature that I have learned to enjoy.

The video quality of the Blu-ray is very good with vibrant colors, sharp animation and it fills the whole 16x9 screen with its 1.78:1 aspect ratio.  The story plays out extremely well with no loss of image from the theatrical presentation.

The sound quality using the DTS-HD Master Audio 7.1 has my family room buzzing with energy especially during the races.  The dialogue is easily heard and understood with crystal clear sound.  The special effects sound can be heard all around the room especially with the 3D version.

There are a few Bonus Features on the Blu-ray and some of them repeated on the DVD.

FINAL ANALYSIS:  A very fine Family film mostly directed toward the youngsters. (B+)