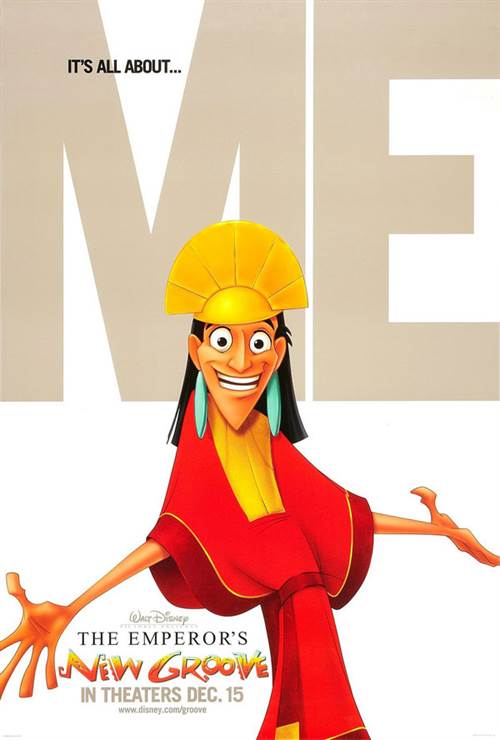 Hilarious comedy rules in Disney's The Emperor's New Groove! There's something for everyone in this hip, funny movie with its dynamo cast, distinctive style, and great music -- featuring the Academy Award®-nominated song "My Funny Friend And Me" (2000, Best Original Song). Emperor Kuzco (voiced by David Spade) is turned into a llama by his devious advisor, Yzma (Eartha Kitt), and her hunky henchman, Kronk (Patrick Warburton). Now the ruler who once had it all must form an unlikely alliance with a pleasant peasant named Pacha (John Goodman). Together, they must overcome their differences as they embark on a hilarious, "groovy" adventure. Discovering the good in everyone has never been this much fun! Your whole family will enjoy this comic delight again and again.

Download The Emperor's New Groove in Digital HD/4K from the iTunes store. 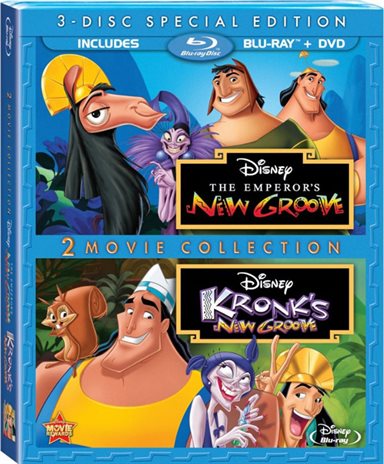 You have to wonder if the Disney folk were as surprised as anyone at the phenomenal success of 1992's animated feature, "Aladdin," among adults as well as children, thanks largely to the hip vocal talents of Robin Williams as the genie of the lamp. It must not have taken them long to recognize that they might duplicate that accomplishment with a whole movie devoted to hip, cool, smart dialogue and characters. Thus, no doubt, was born the idea for "The Emperor's New Groove," a 2000 animated feature, a movie four years in the making that tries to one-up its 1992 progenitor in the "with-it" category. If it doesn't fully succeed in its goal, it still produces enough witty narration and snappy repartee to keep audiences comfortably occupied for seventy-seven minutes.

"The Emperor's New Groove" tells the story of a llama. A llama named Kuzco. Or an emperor named Kuzco. You see, they're one and the same. The llama used to be a human, an eighteen-year-old, pre-Columbian, Mesoamerican king whose groove was thrown out of whack early on. He got on the wrong side of his advisor, an evil crone and part-time sorceress named Yzma ("Proof that dinosaurs once roamed the Earth"), who turned him into the fleecy creature we meet at the beginning of the picture. Fortunately, Kuzco can still talk (and talk and talk), so he narrates the tale of how he came to be in his frightful condition.

Yzma's dimwitted flunky, Kronk, was supposed to have given Kuzco a deadly poison, but he goofed and gave the emperor a llama potion, instead. Then Kuzco got away before Kronk could do anything about it. When Yzma found out what happened, she was determined to find Kuzco the llama before he could talk to anyone. But in a rather involved plot complication, Kuzco wound up in the middle of the jungle far from the palace, with only a peasant, Pacha, to help him get back to his rightful throne. The story is about Kuzco and Pacha trying to return to the palace before Yzma and Kronk can knock them off.

Kuzco is played by the voice talent of David Spade, whose dialogue alternates between clever and funny and syrupy and annoying. When he's in the former mode, the movie zips along; when he turns all gushy as typical Disney animated characters are wont to do, things slow down considerably. Kuzco's major problem, however, is even more disturbing for the audience; namely, he's almost totally unlikable. He's a conceited, self-absorbed jerk, a selfish brat, traits we can see at the outset are going to be involved with the movie's ultimate moral but don't help us much while getting there. Yes, of course, it's about the emperor learning to be more humble, more giving, and, yes, of course, he learns his lesson. This is Disney, after all.

Still, Kuzco is so unsympathetic most of the time, the film doesn't afford us anyone to root for except Pacha, played in unusually understated fashion by John Goodman. Pacha the peasant is kind, generous, and caring, everything Kuzco isn't. Pacha is also dull and mostly boring. Which brings us to the villains, Yzma and Kronk, who constantly upstage their protagonist cousins. Yzma is played brilliantly by Eartha Kitt, who shamelessly steals every scene she's in by chewing up the microphone. Thank heaven for her energy because the others have to rely solely on the script for their presence to be noticed. Kronk, played by Patrick Warburton, is a fairly typical big, dumb, cartoonish helper.

The best parts of the film are its appearance, its energy, and its continual high spirits. It's one of Disney's better-looking animations, not quite equaling "Tarzan" in overall beauty but doing a good job filling the screen with luminosity and invention, particularly the palace scenes and the mountaintop settings. The script, and Ms. Kitt, maintain a high kinetic level, with jokes, attempted jokes, and visual gags coming fast. Pacha's rescue of Kuzco from a pack of panthers is an exhilarating sequence, and a scene in a jungle restaurant is fairly funny.

Don't expect a lot of originality in the film, though. It's mainly derivative of previous Disney efforts. I already mentioned Robin Williams' genie. Then there's Yzma, a combination of the wicked stepmother in "Snow White and the Seven Dwarfs" and Cruella DeVil from "One Hundred and One Dalmatians." That Kronk doesn't actually kill Kuzco in the first place is also from "Snow White." The turning-into-a-llama bit comes to us courtesy of the donkeys in "Pinocchio." Several of Pacha's rescues are straight from "Tarzan." You get the point.

Finally, don't expect much in the way of music from this one. Disney cartoons are the only bastions left of the Hollywood movie musical, and when you get one that has little or nothing in the way of songs in it, well, it's a little disappointing.

"The Emperor's New Groove" does sport a brief opening song by Tom Jones and a closing-credits song, "My Funny Friend and Me," by Sting that got an Oscar nomination, but neither is anything you come away remembering especially.


This being a 2-disc double feature, the direct-to-video sequel "Kronk's New Groove" is available as well. Had Kronk's New Groove been about old habits dying hard, there might be more to say about Disney's direct-to-video sequel than, "eh, s'alright." More a bloated, 72-minute bonus short than a full-fledged followup to The Emperor's New Groove, the origin and further adventures of Yzma's henchman-turned-hero has a few laughs but quickly descends into aimlessness. Not that it had much potential to begin with. The first film was already too heavy on villainy; trailing after Kronk, lovable lug though he may be, doesn't offer much in the way of villainy but spends far too much time with a character better served in small helpings. It's even more disappointing with the original cast in tow, Spade and Goodman included. Animation offers near-unlimited possibilities, and yet we're handed a feature-length diversion instead of anything more substantial.

Warburton does what he can with what he's given, as does Kitt, Tracey Ullman, Wendie Malick, John Mahoney and an unexpectedly accomplished roster of supporting voices, new and old. The script simply isn't there, the jokes are tired and worn, the animation is a step down from its big screen counterpart, and the entire experience is groomed for children, and young children at that. Never mind the parents in the room who enjoyed The Emperor's New Groove, or older kids looking for something more than an early morning Disney Channel special. And it amounts to little more. Unremarkable and wholly forgettable, it's a mildly entertaining bonus feature at its best, a complete letdown at its worst. There are better ways to spend an hour -- even in Disney's already mediocre direct-to-video sequel canon -- and far better ways to spend a movie night with the family.

Now, to add to one's pleasure, the Disney Home Entertainment corps of engineers have appended a whole countryside of special features to their special "Ultimate Groove, Two-Disc Collector's Edition." Disc One contains an audio commentary with the producer, Randy Fullmer, the director, Mark Dindal, and just about every other filmmaker they could find who worked on the production. It also contains a music-video dance called "Walk the Llama," an animated adventure-trivia game with an extra-long introduction, some DVD-ROM material, and twenty-eight scene selections. English and French are the spoken languages, with English captions for the hearing impaired. Disc Two contains the bulk of the bonus items, most prominently a behind-the-scenes tour of the making of "The Emperor's New Groove" with the producer and director, who clown and joke and get a little silly in their commentary. Here we learn more than we could ever want to know about the story's creation, layout, backgrounds, music, sound, etc. It gets a bit too detailed and involved and may only appeal to curious adults. We're told, for instance, that the film required the talents of over 600 artists, over 1,000,000 drawings, and over four years to make. Would younger kids really care? Several deleted and unused scenes are included, either in full animation or storyboard. Lastly, there are two theatrical trailers, three TV spots, advertising posters, and a music video of Sting's making "My Funny Friend and Me."


"The Emperor's New Groove" is lovely to look at and provides a few good laughs. While it's sequel "Kronk's New Groove" falls way below its predecessor. It's not vintage Disney, to be sure, but it beats most anything on the "Cartoon Channel." Cute animated menus tie everything together and a handy booklet insert guides one through the intricacies of disc two. The package has a little something for everyone. 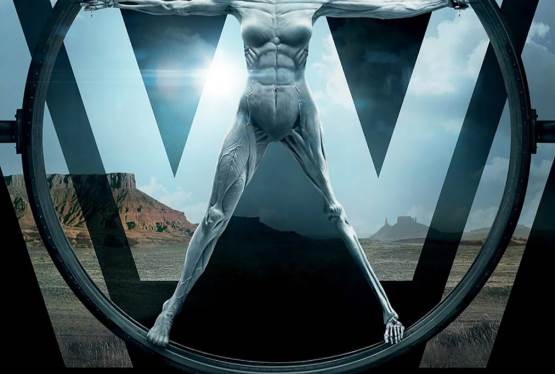