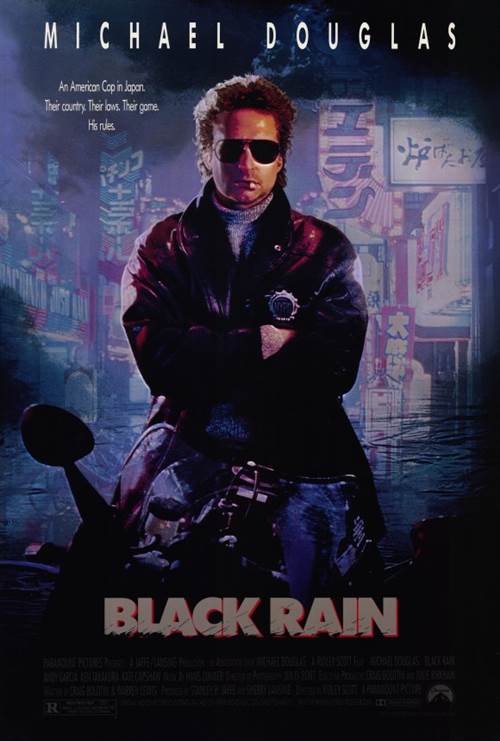 Director Ridley Scott's international crime thriller stars Michael Douglas as Mike Conklin, a New York detective under investigation for corruption. When yakuza hit man Sato (Yusaku Matsuda) kills two American mobsters in New York, he's extradited to Osaka to face trial, with Conklin and Charlie Vincent (Andy Garcia) as his escorts. Mistakenly turning over their prisoner to yakuza disguised as police, Conklin and Vincent realize, after running down some blind alleys, that they have no chance of finding Sato in the unfamiliar city and enlist the services of Japanese desk cop Masahiro "Mas" Masumoto (Ken Takakura). While relaxing with Mas at a karaoke bar, the cops also get information on the world of the yakuza from Joyce Kinglsey (Kate Capshaw), a high-class bargirl. As they continue the search for Sato, the scrupulous, methodical, and civilized style of Japanese police work rubs the improvisational, rule-breaking Americans the wrong way. But when Vincent is murdered, Mas and Conklin realize that success will come only through a blending of investigative and cultural styles. The almost impenetrably sooty, neon-saturated city of Osaka is superbly photographed by future director Jan de Bont.

Stream Black Rain in Digital HD/4K from the AppleTV store.