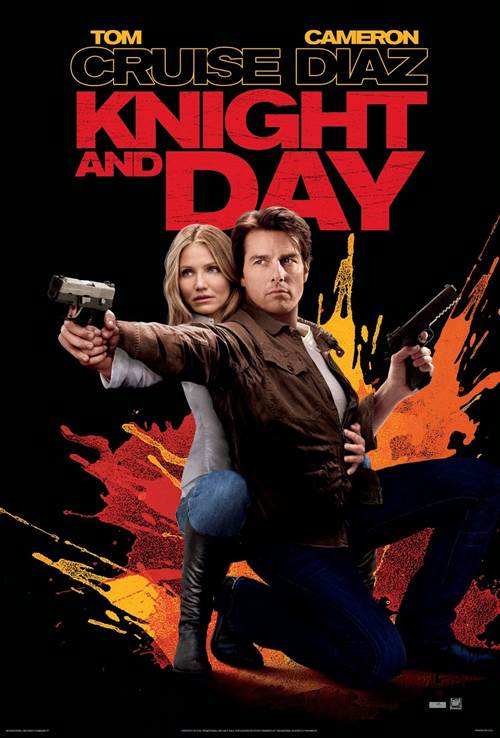 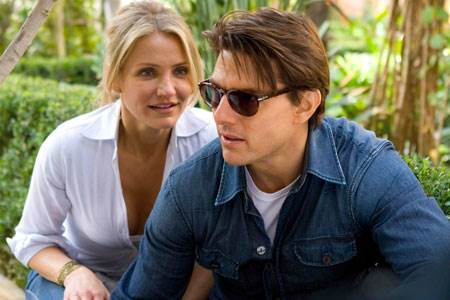 When a small-town girl named June (Diaz) meets a mysterious stranger (Cruise), she thinks she's found the man of her dreams. But she soon discovers he's a fugitive super-spy, who thrusts her into a thrilling cat-and-mouse chase that spans the globe. As the bullets and sparks fly, June must decide if her "Knight" in shining armor is a dangerous traitor or the love of her life.

Stream Knight and Day in Digital HD/4K from the AppleTV store. 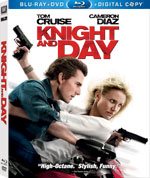 There is something to be said for the blend of action, comedy and romance. When done right you have enjoyable film that any movie patron will enjoy. Knight and Day starring Tom Cruise and Cameron Diaz is just such a film.

June Havens (Cameron Diaz) is a simple woman who runs an auto restoration garage and is on her way to visit her sister for a bridesmaid dress fitting. As she is making her way through the airport she bumps into Roy Miller (Tom Cruise) who immediately begins laying on the gentlemanly charm and handsome smile. What could be written off as a chance encounter happens twice more on the way to her gate. When it looks as though June may not be able to make her flight, unseen forces allow her to obtain a seat and luckily for her, Roy is on the same flight.

As they make their way through the air she attempts some light conversation with Roy and unfortunately she spills a beverage on herself so she must make her way to the bathroom. It is here that the movie switches gears from romance to action. You see Roy is actual a secret government agent who is being hunted by his own agency for reasons unbeknownst to us as of yet. Roy dispatches with the passengers who are all agents sent to take him out apparently as well as the flight crew; when June returns to her seat Roy attempts to explain the situation to her calmly. Again there is another shift in tone and we have now entered the comedy phase of the movie. June watches is terror as Roy lands the plane in the middle of a field and then explains to her that she may be sought after by nefarious men who are looking for him.

As the movie progresses and June is constantly dragged through increasingly harrowing situations we learn that the reason Roy is being hunted is because of a young boy. The boy, Simon Feck (Paul Dano) has invented a device that is essentially a never ending battery, except this tiny piece of machinery can power a small city. Roy was assigned to keep him safe and his partner decided to try and sell the device to the highest bidder; hence why Roy is now on the run. The movie jumps from increasingly exotic locations. First we start off simply in Boston and then move south to New York. After that it's on to a small island near the tip of South America. After that brief stint it is on to Austria.

The movie does exactly what it promised in the trailers and that is to create an excellent blend of action, comedy and romance. Tom Cruise may not have the best comedic timing in the world but he does know how to act just crazy enough to make himself seem humorous and that works well in this film. The only real drawback is the lack of chemistry between Cruise and Diaz. We know that these two will end up falling for each other and stay together, but it just doesn't quite click for the viewer.

Now the movie has reached Blu-ray and for those of you who enjoyed the film there are a decent number of extras to whet your appetite. You get an in depth look at how they shot the motorcycle/running of the bulls scene, interviews with the cast and crew as well as a commentary from the director himself. There is also a digital copy of the film for those of you who like to watch on the go.

All in all Knight and Day is a good film with enough laughs, action and romance to keep anyone entertained for an evening. 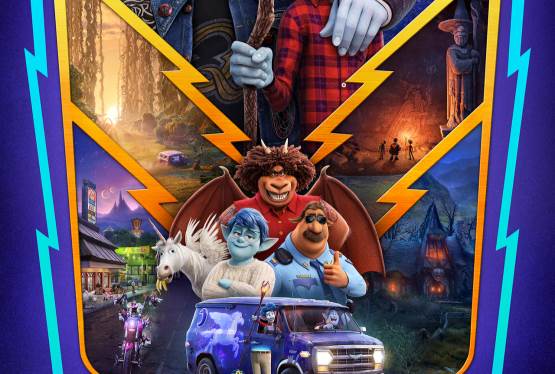