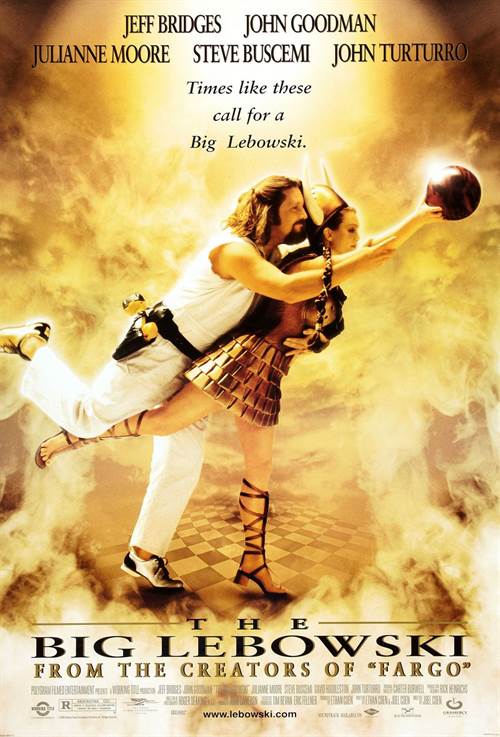 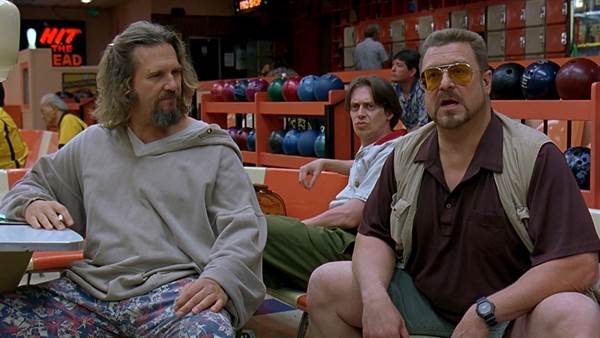 Joel and Ethan Coen's THE BIG LEBOWSKI finds Jeff Lebowski (JEFF BRIDGES) the victim of mistaken identity. Two thugs break into his apartment in the errant belief that they are accosting Jeff Lebowski, the Pasadena millionaire--not the laid-back, unemployed, 'stuck in the 70s' Jeff Lebowski who calls himself the Dude.

The Dude's first mistake is paying a visit to his wealthy namesake in the hopes of getting a replacement for his soiled carpet. But instead of a Persian loaner, our reluctant hero and his buddy Walter (JOHN GOODMAN) are swept up in a Coenesque comedy/thriller of extortion, double-cross, deception, embezzlement, sex and dope.

It takes guys as simple as the Dude and Walter to make a story this complicated...and they'd really rather be bowling.

Stream The Big Lebowski in Digital HD/4K from the AppleTV store.

The Big Lebowski images are © Gramercy Pictures. All Rights Reserved.


Coen Brothers Deny "Big Lebowski" Sequel  2/4/2011 3:50 PM EST
Apparently, Tara Reid thinks she will be starring in the upcoming "Big Lebowski 2" film. However, there is no "Big Lebowski 2" film even being made. Hmm...Tara claimed in a recent interview that she would be in the film later this year, but according to Ethan Coen, there are no plans of that happening.Coen jokingly told Austin360.com, "I'm glad she's working on it".  His brother, Joel, also was as...  More>>

Top 10 Laugh Out Loud Quotes From The Big Lebowski  6/16/2008 4:09 PM EST
It is hard to believe it's been 10 years since The Coen Brothers released the masterful "The Big Lebowski." Gaining traction on DVD, the cult film began to attract a wider audience even spawning a drinking game. (You have to drink any time a character says "man" or "dude" - I highly recommend you play) In honor of its 10 year anniversary, we present the top 10 quotes of "The Big Lebowski"#10Bunny ...  More>> 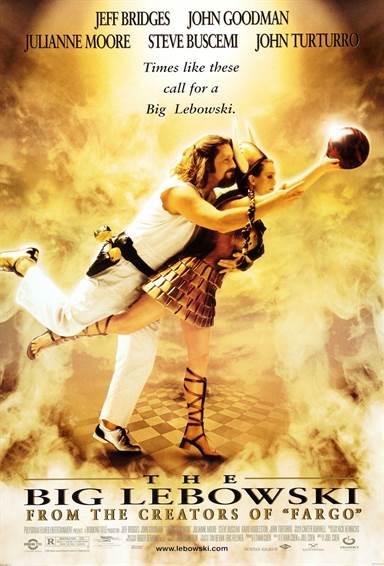 "Sometimes there's a man, sometimes there's a dude..." So begins 1998's Coen brothers cult classic "The Big Lebowski", and for those of you playing along at home, you've already done two shots. You see, the legendary status of this comic gem on college campuses has lead to the creation of the "Big Lebowski drinking game" in which you take a drink anytime a character says "dude" or "man". And, while the smart writing and clever comedy don't need the extra potation, this is definitely a film you should enjoy with a group of friends with no need to take it in moderation.

The story revolves around Jeffrey Lebowski (Jeff Bridges), an unemployed, unmotivated middle aged bowler who prefers to be referred to as "The Dude" or "el duderino - if you're not into that whole brevity thing." It seems there's another, more affluent Lebowski in town who's trophy wife, Bunny (Tara Reid) owes money to a pornographer whose goons mistake The Dude for the other Lebowski.

After the mix up in which The Dude has his rug ("which really tied the room together") befouled he seeks out the rich Lebowski for compensation. Bunny is then supposedly kidnapped and held for ransom so a distraught Lebowski calls on The Dude to deliver the money and find out who the kidnappers are.

The expertly cast John Goodman as The Dudes bowling buddy and closest confidant steals the show with some of the most memorable and hysterical lines. In fact the scenes in the bowling alley with The Dude, Walter (Goodman) and Donny (Steve Buscemi) serve as a sort of comedic relief to an already hilarious film. The seriousness with which he takes the rules of league bowling coupled with the ludicrous plot with which he is involved leads to some fantastic, praiseworthy acting from Goodman.

One of the most original and creatively hilarious films in years, the somewhat overlooked "The Big Lebowki" gets high marks for superb writing, fantastic acting, and a drinking game which will have you laughing 10 minutes into the film even if you don't "get" the humor. Rated R for excessive language, drinking and drug use the film is not for the faint of heart. "F*** it, Dude, let's go bowling."