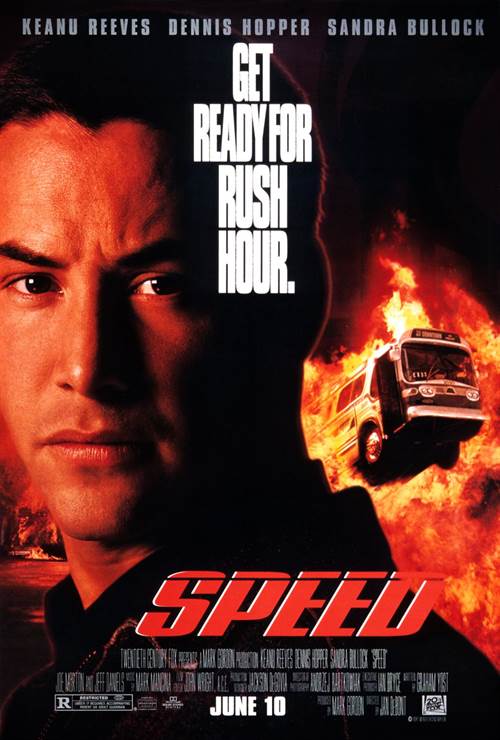 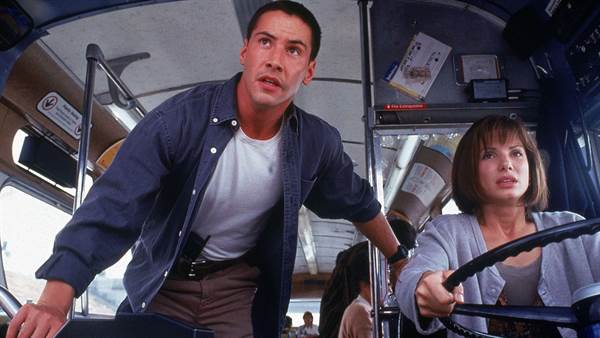 Hold on tight for a rush of pulse-pounding thrills, breathtaking stunts and unexpected romance in a film you'll want to see again and again. Keanu Reeves stars as Jack Traven, an L.A.P.D. SWAT team specialist who is sent to diffuse a bomb that a revenge-driven extortionist (Dennis Hopper) has planted on a bus. But until he does, Jack and passenger Sandra Bullock must keep the bus speeding through the streets of Los Angeles at more than 50 miles per hour - or the bomb will explode. A high-octane chase of suspense, non-stop action and surprise twists, Speed is a joyride sure to keep everyone on the edge of their seats.

Download Speed in Digital HD/4K from the iTunes store. 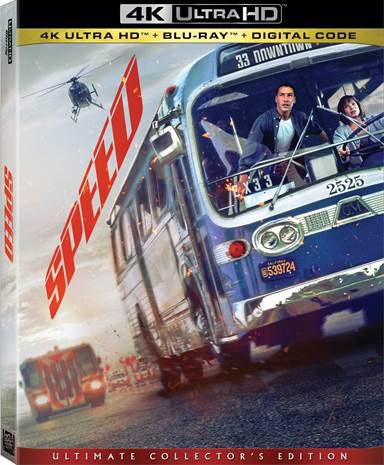 The 4K version of Speed has its good points and bad points.  The details are sharp, and the clarity of the visuals allows the viewer to see details like never before.  Unfortunately, this also means that scenes that were filmed on a sound stage or that incorporated special effects tend to look even more unreal than they did in 1994.  The DTS-HD Master Audio 5.1 is good but not great and the 4K version would have been enhanced even more by a new, Dolby Atmos mix.  Sadly, there are no new extras included in the combo pack.  The previously released ones, though, include: Audio Commentary, Action Sequences, Inside Speed, Extended Scenes, Trailers and TV Spots, and Speed Music Video by Billy Idol.

Besides Reeves' and Bullock's fine performances, one thing that Speed has going for it is timelessness.  The script, acting, and scenarios stand the test of time, even from almost thirty years ago.   Unfortunately, the same cannot be said for the sequel from three years later, however, Speed is an action-packed, fun-filled adventure that can be enjoyed by people of almost any age.