If you take it for what it is worth, Rogue One isn’t a terrible film and it did fill in some of the holes in the plots of Episodes IV, V and VI nicely. 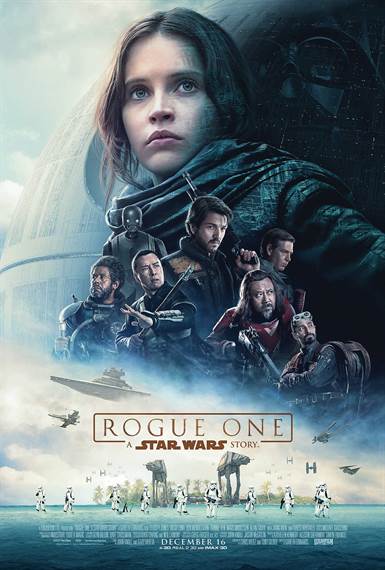 Purchase   DVD/Blu-ray/4K UHD
In the late 1970s, a trilogy of films captured hearts all over the world.  Star Wars captivated us and spawned one of the most successful franchises ever.  In the late 1990s, and early 2000s, the next three films were successful while being met with mixed reviews.  Last year, the saga continued with Episode VII, Star Wars: The Force Awakens and made Daisy Ridley (Scrawl) a star.  Now, in the continuing quest for profits, the franchise is releasing Rogue One: A Star Wars Story.  Coming to theaters December 15th, tickets have already been selling out for this latest installment.

Rogue One is an "in-between" film that tells the story of Jyn Erso (Felicity Jones; Inferno).  When Jyn is a child, the Imperial forces kill her mother and take her father to work on their weapon of mass destruction.  Jyn runs away and hides in a designated spot only to be picked up by a rebel protector named Saw Gerrera (Forest Whitaker; Arrival).  Fifteen years later, Jyn is sought by the Rebel forces to use her to get to Saw in order to intercept a message from Jyn'sfather, Galen Erso (Mads Mikkelson; Doctor Strange).

It seems this hologram message was meant for Jyn and tells her how to defeat the "Death Star".  It seems while working on the weapon Galen built in a flaw that, when found, could take down the whole system.  All Jyn, Cassian Andor(Diego Luna; Elysium) and the Alliance forces need to do is infiltrate the Imperial base where all the master structural plans are kept.  If you haven't figured it out yet, these are the same plans that are used to destroy the Death Star in Star Wars: A New Hope.

Of course, there is a built-in audience for this film and it will make money at the box office regardless, but I didn't enjoy this movie nearly as much as last year's The Force Awakens. After seeing Jones in Inferno earlier this year, I had high hopes for her performance in Rogue One.  While I liked her, I wasn't as enthralled with her as I was earlier.  Neither her nor Luna's characters were very likable and I wasn't all that invested in them.  However, Alan Tudyk (Firefly) was terrific as droid K-2SO and, luckily, had some of the best lines in the film.

Whitaker and Mikkelson left me wanting to learn more of their back-stories but, sadly, they weren't the focus.  Donnie Yen (Ip Man) as Chirrut Imwe and Wen Jiang (The Sun Also Rises) as Baze Malbus, two rebel fighters, seemed more interesting and kept my attention more than the main characters.  Cameos by a number of cast members from the original Star Wars Trilogy were generally a welcomed surprise, however, the C3PO and R2-D2 cameo was a throw away instead of being something more substantial.  Princess Leia (Carrie Fischer; Family Guy) and Darth Vader (James Earl Jones; Field of Dreams) cameos do make up for it though.

The action sequences were well choreographed and the fight scenes were well done, if a bit long.  The graphics were excellent though and show how far we have advanced in computer graphics since 1977.  Music by Michael Giacchino (Zootopia) does a nice job of paying Homage to John Williams' (The Harry Potter Series) original score and blending the new with the old.  The script is good enough but has moments of cheesy monologues from Jyn that either make you want to cringe or laugh.

If you take it for what it is worth, Rogue One isn't a terrible film and it did fill in some of the holes in the plots of Episodes IV, V and VI nicely.  However, in my opinion, it was a bit too long, especially without caring about the main characters.

As a stand-alone movie, it is mediocre at best, but as part of the franchise it serves its purpose well enough.  It really doesn't matter that much, though, as fans will be excited to see it anyway.

Purchase a DVD/Blu-ray/4K UHD physical copy of Rogue One: A Star Wars Story today at Amazon.com

Download Rogue One: A Star Wars Story in Digital HD/4K from the iTunes store.

Read More Reviews For Rogue One: A Star Wars Story 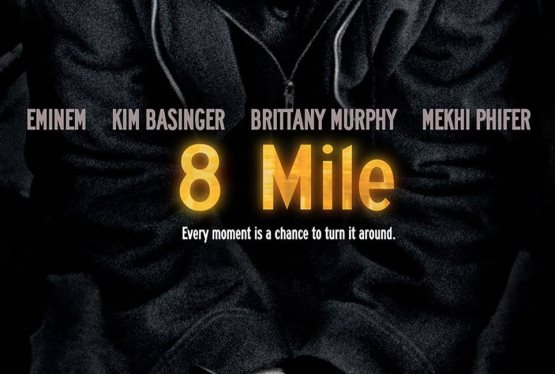