Home / Reviews / My Soul to Take

My Soul to Take Theatrical Review 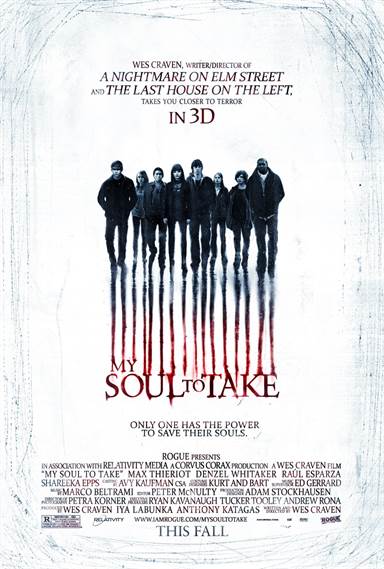 DVD/Blu-ray/4K UHD
After having a five-year hiatus from directing the Master of Horror, Wes Craven is back this fall with his latest film, My Soul To Take.

My Soul To Take takes place in the sleepy town of Riverton, where a legend tells of a serial killer, The Ripper, who swore he would return from the grave. Now, 16 years later, children born the night of the Ripper's death are starting to die.

Wes Craven is a legend amongst most movie goers -- he has even taught in college film classes, and has created such legendary movies as Nightmare on Elm Street, The Hills Have Eyes, Shocker, and Scream. However, on this outing, it appears Wes should have waited a bit longer for his return to the silver screen.

The story, written by Wes Craven, is such an incoherent mess that it is just laughable. Unless you like to see murder and mayhem (like any other slasher film), do not bother with this one on Blu-ray. The main character, Bug (Jumper, Nancy Drew) is down right unlikeable and has acting skills that are non-existent. The supporting cast is also extremely one-dimensional,and by the time you start to get to know them, they are killed off from the film.

It appears that Wes was going through the motions creating this film while working Scream 4, which is scheduled to come out next Spring.

The soundtrack, by Marco Beltrami, is strictly by the numbers and does not add any elements to the story. Personally, they should have gone against the grain of just musical scores and gone with a heavy metal soundtrack -- just like they used in the trailer, You're Going Down by Sick Puppies.

I personally long for the good old days of an amazing Wes Craven, but if this is any indication of how Scream 4 might turn out then I think his days of being one of my favorite directors is over.

Purchase a DVD/Blu-ray/4K UHD physical copy of My Soul to Take today at Amazon.com

Download My Soul to Take in Digital HD/4K from the iTunes store.

Listen to the My Soul to Take soundtrack on Apple Music.

For more information about My Soul to Take visit the FlickDirect Movie Database. 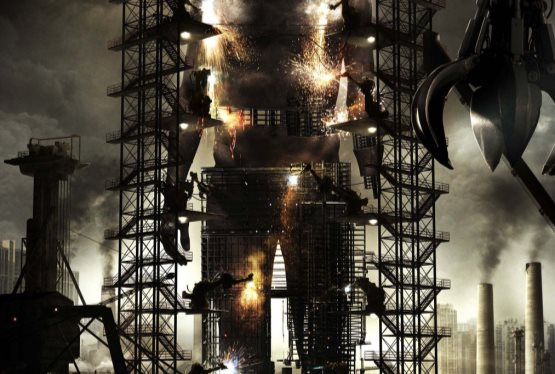