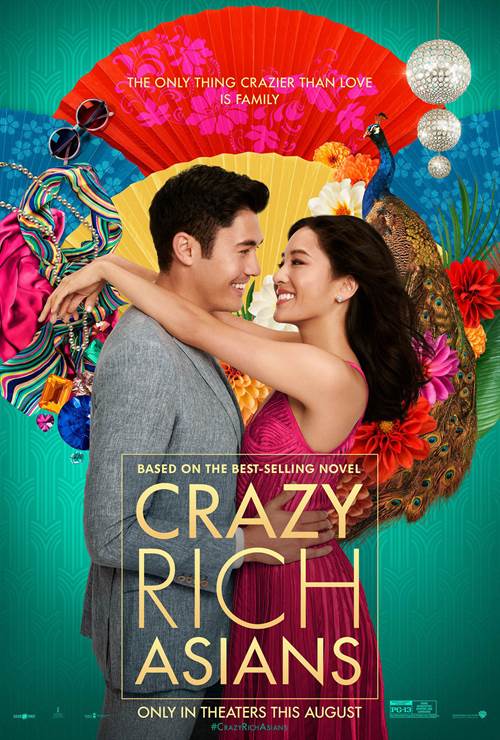 “Crazy Rich Asians" follows native New Yorker Rachel Chu (Wu) as she accompanies her longtime boyfriend, Nick Young (Golding), to his best friend’s wedding in Singapore. Excited about visiting Asia for the first time but nervous about meeting Nick’s family, Rachel is unprepared to learn that Nick has neglected to mention a few key details about his life. It turns out that he is not only the scion of one of the country’s wealthiest families but also one of its most sought-after bachelors. Being on Nick’s arm puts a target on Rachel’s back, with jealous socialites and, worse, Nick’s own disapproving mother (Yeoh) taking aim. And it soon becomes clear that while money can’t buy love, it can definitely complicate things.


Crazy Rich Asians Sequel in the Works  8/22/2018 11:11 AM EST
Warner Bros. is wasting no time in cashing in on the success of their recently released film Crazy Rich Asians. They are currently developing a sequel for the box office hit.Nina Jacobson had commented over the weekend about the success of the film and the possibility of a sequel, saying, "Let the audience ask for the sequel. We'd love to make one, but not unless the audience asks for it, and hope...  More>> 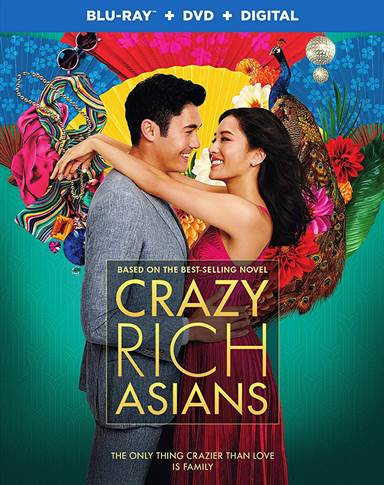 In 2013, Kevin Kwan released his novel, Crazy Rich Asians. After the novel became a bestseller, two others followed -  China Rich Girlfriend in 2015 and Rich People Problems in 2017. The success of these books brought us the 2018 film adaptation also titled Crazy Rich Asians and, now, you can get the Blu-ray to relive your favorite parts of this comedy or to watch for the very first time.

Rachel (Constance Wu; Eastsiders) is dating and Nick (newcomer Henry Golding). Both are young professors at NYU.  After dating for a year, Nick invites Rachel to Singapore for his best friend's wedding.  Even though she is nervous, Rachel jumps at the chance to go and is excited to meet Nick's family. The trip also gives her a chance to visit her best friend from college, Peik Lin Goh (Awkwafina; Ocean's Eight), who also lives in Singapore. However, Rachel's nerves get worse when she finds out that Nick comes from a very wealthy family.

Rachel learns from Peik Lin Goh just how wealthy Nick's family is and also learns that this makes Nick one of Singapore's most desirable bachelors. To add to her stress, Nick mom, Eleanor (Michelle Yeoh; Crouching Tiger, Hidden Dragon), isn't too keen on the Amercian he has chosen to bring home and doesn't think Rachel is up to her "traditional" standards. She also finds out some dirt on Rachel's family that not even she was aware of, causing Rachel to feel like she needs to throw in the towel and give up on her relationship altogether.

Crazy Rich Asians is presented in a 2.40:1 aspect ratio. Images are crisp and colors are vivid. Blacks are spot on and the only thing that is missing is some of the clarity that you will most likely find on the 4K UHD version of this film such as textures that are a bit blurred on the Blu-ray disc. The audio is encoded in English 5.1 DTS-HD MA. While the soundtrack is solid it does have your typical front-loading of its surround sound like most comedies do. This leaves the viewer with little to no actual surround sound.  However, Crazy Rich Asians vocals are clear and no dialog is ever lost (unless you are laughing too hard).

Crazy Rich Asians Blu-ray includes some quick extras which provide a bit of a look behind the scenes. These extras include:

As the first all Asia cast in twenty-five years, this movie has historical significance while it entertains.  We see the strong cultural influences that blend with more modern ideas but we also witness the clashing of these two worlds.  Kwan did an excellent job in his novel of contrasting these two ideas as they collide and Jon M. Chu (NowYou See Me 2) followed through with this concept beautifully.

From beginning to end, this film did not disappoint. Everything came together - the cast, the storyline, and even the scenery. The beautiful backdrop of Singapore compliments the romantic comedy perfectly. Stunning aerial views and shots of not only beautiful modern architecture but also some more historical locations enhance the overall feel of the movie. All in all, this is a fantastic film.  It has heart and humor and I, for one, look forward to the sequel!