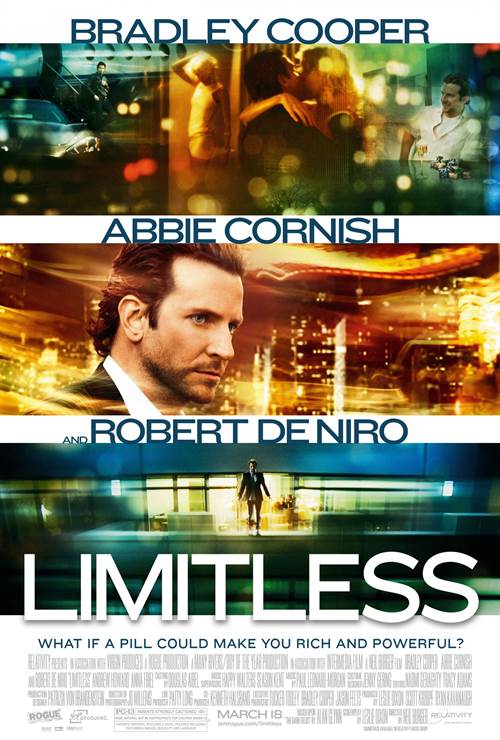 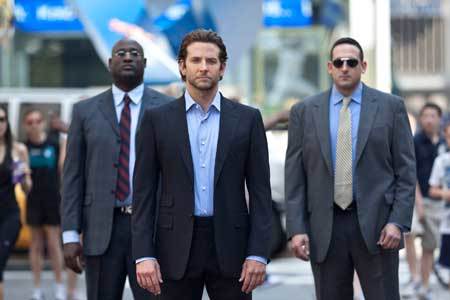 Bradley Cooper and Robert De Niro star in Limitless, a paranoia-fueled action thriller about an unpublished writer whose life is transformed by a top-secret “smart drug” that allows him to use 100% of his brain and become a perfect version of himself. His enhanced abilities soon attract shadowy forces that threaten his new life in this darkly comic and provocative film.

Aspiring author Eddie Morra (Cooper) is suffering from chronic writer’s block, but his life changes instantly when an old friend introduces him to NZT, a revolutionary new pharmaceutical that allows him to tap his full potential. With every synapse crackling, Eddie can recall everything he has ever read, seen or heard, learn any language in a day, comprehend complex equations and beguile anyone he meets—as long as he keeps taking the untested drug.

Soon Eddie takes Wall Street by storm, parlaying a small stake into millions. His accomplishments catch the eye of mega-mogul Carl Van Loon (De Niro), who invites him to help broker the largest merger in corporate history. But they also bring Eddie to the attention of people willing to do anything to get their hands on his stash of NZT. With his life in jeopardy and the drug’s brutal side effects grinding him down, Eddie dodges mysterious stalkers, a vicious gangster and an intense police investigation as he attempts to hang on to his dwindling supply long enough to outwit his enemies.

Stream Limitless in Digital HD/4K from the AppleTV store.

Listen to the Limitless soundtrack on Apple Music.


Bradley Cooper to Produce Limitless TV Series  10/7/2013 11:44 AM EST
Bradley Cooper, who starred in "Limitless" alongside Robert DeNiro, will be producing a TV series based on the film. Copper will be teaming up with Relativity Television and Georgeville Television.Besides starring in the film, Copper executive produced  the psychological thriller.  He played an unsuccessful writer who takes a drug that allows him to increase and use his full mental capacity. The s...  More>> 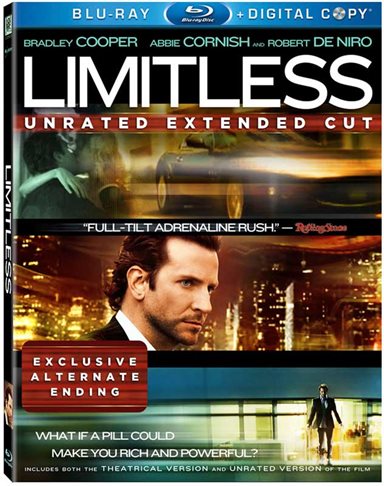 What if there was a drug out there that would increase your IQ to over four digits?   Would you take it?  If so, what would you do with your life?  Relativity Media's new film, Limitless, based on the story, Dark Fields, by Alan Glynn, aims to answer this question and more.

The film follows the life of one Eddie Morra (Bradley Cooper, The Hangover), a freelance writer who cannot seem to catch a break in life.  During one of his mid-day drinking binges, Eddie runs into his ex-brother-in-law, Vernon (Johnny Whitworth), who presents Eddie with a new designer drug of a lifetime, NZT.  Once on this wonder drug, Eddie's life changes 180 degrees for the better, making the impossible seem possible.  Despite all NZT's positive characteristics, it still does not seem all is right in Eddie's life; and the drug could kill him in the process of trying to achieve all of his goals in life.

While the premise and the novel provide a great starting point for the film, it is the cast and director that truly make this film shine.  Director, Neil Burger (The Illusionist), does wonders with this film, not only telling the story through the actors but through the color palette of the film as well.  When our protagonist Eddie has become more "clear" on NZT, the palate changes from a dull orange/red to a sharp blue tone that also helps move the story along.

Aside from Neil Burger's direction the cast of Limitless is top-notch.  Bradley Cooper gives the best performance of his career breathing life into Eddie Morra and his numerous personality changes that occur throughout the film.  While supporting actors Robert De Niro (Ronin, Casino), Abbie Cornish (Sucker Punch), and Andrew Howard (The Hangover Part II), play their roles with such passion and skill, it feels they were the only choices possible to be cast into these parts.

While the film and the book that it is based on are amazing pieces of work, the Blu-ray release is, unfortunately, a mixed bag.  The video of Limitless is encoded in an amazing-looking AVC 180p 2.40:1 transfer which perfectly nails Director Neil Burger's intentions – having the look and feel of the movie while displaying even the finest detail and with solid black levels. While not being an action film, the DTS-HS Master 5.1 track could certainly give most a run for their money by having a crisp clean sound that resonates perfectly through your home theater room.

Other than the film, the Limitless Blu-ray boats very few features for one to get excited about.  Aside from containing the now normal digital copy of the film (one would hope they would soon make these higher quality than 480p), the Blu-ray contains two fluff  "making of" pieces, and an alternate ending  (more or less the same as the final cut), and an unrated version of the film (approximately one minute longer).  It also includes an audio commentary by director Neil Burger.

If you are already a fan of the book or film Limitless, then this Blu-ray release is a must-have for your library until a more complete edition is brought to market.  If you have not seen the film or read the book yet, then Limitless should go to the top of your purchase/rental list, as it is one of the better films that have come out of 2011. 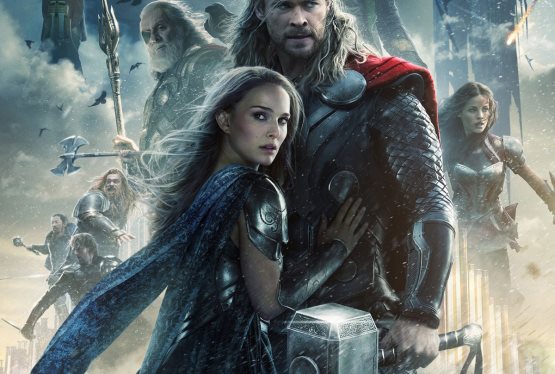