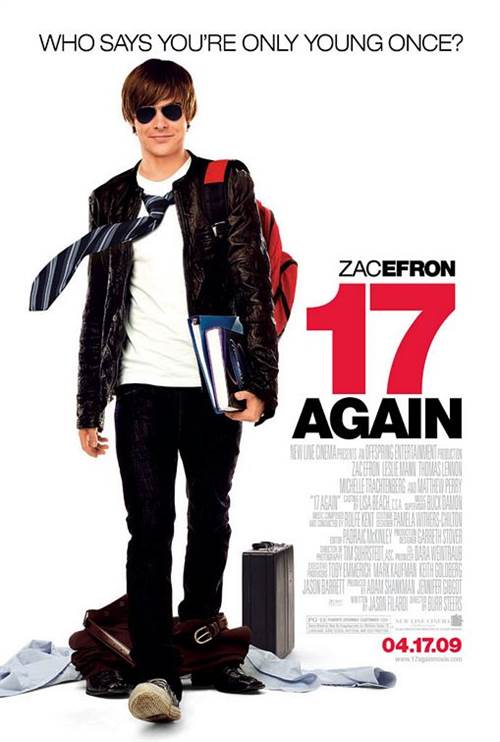 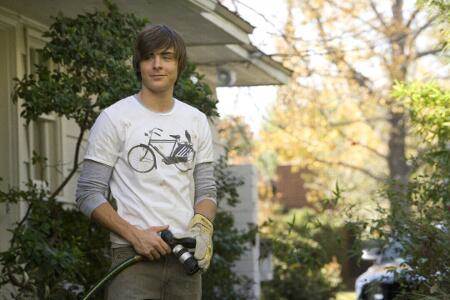 Mike O'Donnell (Matthew Perry) was a high-school basketball star with a bright future. But he threw it all away to marry his girlfriend and raise their child. Almost 20 years later, Mike's marriage has failed, his kids think he's a loser, and his job is going nowhere. He gets a chance to correct the mistakes of his past and change his life when he is miraculously transformed back into a teenager (Zac Efron), but in trying to fix his past, Mike may be jeopardizing his present and future.

Download 17 Again in Digital HD/4K from the iTunes store. 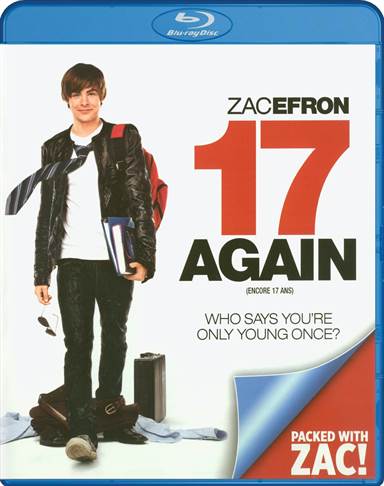 In the tradition of great comedy classics such as Mr. Destiny and Big, what would you decide if you somehow had the chance to do your life over? Thirty Something, Mike O'Donnell, would.  Then in one mysteriously, magical moment, Mike gets his chance.   He is suddenly back at Hayden High where he is the star of the basketball team; a total "hottie", and a classmate to his own teenage kids, giving Mike a chance to go from not-so-good Dad to really cool friend.  Zac Efron (Hairspray, High School Musical movies) and Matthew Perry (Friends) are 17 Again and fabulously funny, as the younger and older Mike, in a good-time, time-warp comedy that proves the best year of your life is the one you are living right now.
At first glance, one might think that 17 Again is just another teenage drama quickly rushed to theaters to cash in on Zac Efron's current popularity.  However, upon taking a closer look at 17 Again, you will find quite the opposite -- a film made to entertain in a smart, intelligent way.
17 Again starts out in the year 1989 at a basketball game where senior Mike O'Donnell has to make some difficult choices that will shape his life for years to come.  Fast forward twenty years – Mike O'Donnell is now a grown man, married, with two children, living with his best friend, and on the verge of a divorce. All he wants is the chance to do his life over, and as fate would have it, he is given the chance.
Most of the rest of the story is pretty much a given! Mike O'Donnell has the time of his life reliving his glory years as a 17-year- old kid, but along the way, he realizes that things are pretty good the way they are without changing anything.
Of course along the way, there is tons of great humor and performances from the cast including a great performance from Michelle Trachtenberg, finally leaving the shadow of Buffy the Vampire Slayer little sister in the past.
New Line Cinema has gone the extra mile with the Blu-ray release of 17 Again by including a copy of not only the Blu-ray, but also the DVD, and a digital copy for you to take with you on the road.
The video is presently in amaphoric 1080p using the latest VC-1 codec that simply shines on your high definition television.  The audio is presented in Dolby TrueHD 5.1. Although not using its full dynamic range, since the film is primarily a comedy/drama, it still packs a great punch.
Also included in the film are some great behind-the-scenes featurettes, including a BD-LIVE online exclusive commentary with Zac Efron.
If you are looking for a comedy that the entire family will enjoy, then look no further. You have found it with 17 Again.
Grade: A