While The Rise of Cobra was directed by Stephen Sommers (The Mummy), Retaliation was helmed by Jon M. Chu (In the Heights) and the difference in styles is apparent. 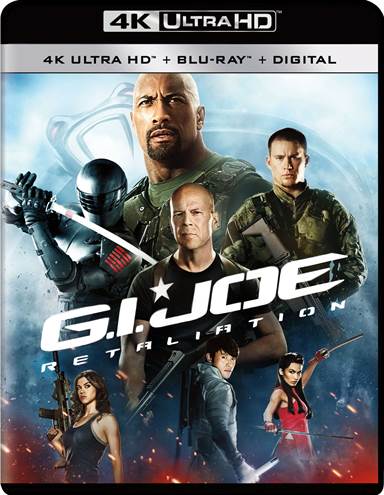 As Snake Eyes: G.I. Joe Origins makes its way to theaters this month, Paramount Pictures has decided to release remastered 4K Blu-rays of G.I. Joe: The Rise of Cobra and G.I. Joe: Retaliation.  Originally released in theaters in 2009 and 2013 respectively, the films were critically panned but made a profit at box offices worldwide.  While The Rise of Cobra was directed by Stephen Sommers (The Mummy), Retaliation was helmed by Jon M. Chu (In the Heights) and the difference in styles is apparent.  Regardless of the different directors, Paramount Pictures has released both movies on 4K UHD for the first time ever.

The "Joes", led by Conrad "Duke" Hauser (Channing Tatum; Magic Mike), are in North Korea on a mission to locate a defector.  At the same time, Zartan (Arnold Vosloo; The Mummy), who is impersonating the President of the United States (Jonathan Pryce; Pirates of the Caribbean: The Curse of the Black Pearl) frames the Joes, accusing them of stealing nuclear warheads from Pakistan.  This allows Zartan to order an airstrike, killing almost all the Joes besides Marvin "Roadblock" Hinton (Dwayne Johnson; Jungle Cruise), Jaye "Lady Jaye" Burnett (Adrienne Palicki; Supernatural), and Dashiell "Flint" Faireborn (D.J. Cotrona; Shazam!).

Determined to discover why the unit was attacked and who was behind it, the three remaining soldiers team up with retired General Joseph Colton (Bruce Willis; Die Hard).  He supplies them with guns and eventually joins them on their quest to avenge their fallen brothers and sisters.  Finding out Zartan is behind the attack and is blackmailing world leaders to give up their nuclear weapons.  Since the World Leaders are meeting at Fort Sumner The G.I.Joes, enlist some help to break in and capturing Zartan in order to free the "real" President.

In this sequel, Tatum is replaced by Johnson as the lead, resulting in much of the same mediocre acting.  Neither actor is especially good, and their characters are more brawn than brains, which is really what you want when making a military/action movie.  Pryce is always excellent and his portrayal of two different characters displays his range and ability. Palicki does a terrific job as a kick-butt soldier who is also a counterintelligence specialist.  Willis' turn as retired general Colton doesn't seem to be much of a stretch for him, which reminded me of some of his better-known roles, like John McClane.

The 4K disc with its 2160p high-resolution video quality is definitely better than the 1080p Blu-ray but it doesn't offer the viewer a significantly upgraded picture.  Colors pop, details are sharp, hues are deep, but they aren't enough to make this upgrade something to brag about.  The Dolby TrueHD 7.1 Audio offers more depth than previously released tracks. The lower frequencies – gunshots, explosions, etc. come through the subwoofer beautifully. Dialogue is clear and crisp while the surround sound presentation is hit or miss.  Sometimes, the sound is frontloaded while at other points it offers a full and robust aural experience.

Like its predecessor, G.I.Joe: Retaliation offers little in the way of extras. The offerings include Audio Commentary by Director Jon M. Chu and Producer Lorenzo di Bonaventura, GI Joe: Declassified and Deleted Scenes.  While the Declassified is over an hour-long, the deleted scenes are merely four minutes long and neither add nor detract from the overall package.

G.I.Joe: Retaliation is a whole lot of action with dialogue sprinkled throughout the movie.  There is also a subplot surrounding Storm Shadow (Byung-hun Lee; I Saw the Devil) and Snake Eyes (Ray Park; Star Wars: Episode 1 - The Phantom Menace) that comes across as cheesy.

The story, action, special effects, and directing are not exceptional so, unless you love G.I. Joe, or are an action movie junky, then you should buy the 4K Blu-ray that is out in stores now.  Otherwise…skip it.

Download G.I. Joe: The Retaliation in Digital HD/4K from the iTunes store.

Listen to the G.I. Joe: The Retaliation soundtrack on Apple Music.

For more information about G.I. Joe: The Retaliation visit the FlickDirect Movie Database. This release has been provided to FlickDirect for review purposes. 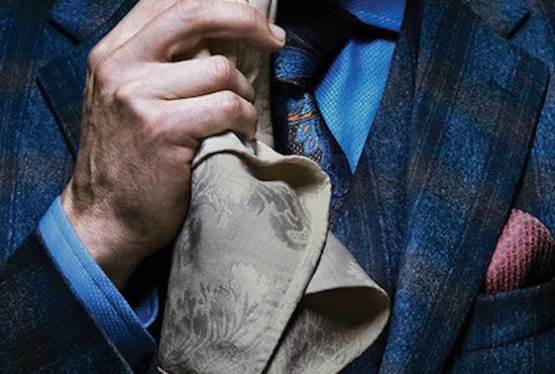