When Scream first made its way to theaters it seemed as if it was going to be “just another horror movie” but it proved everyone wrong and has become a beloved franchise. 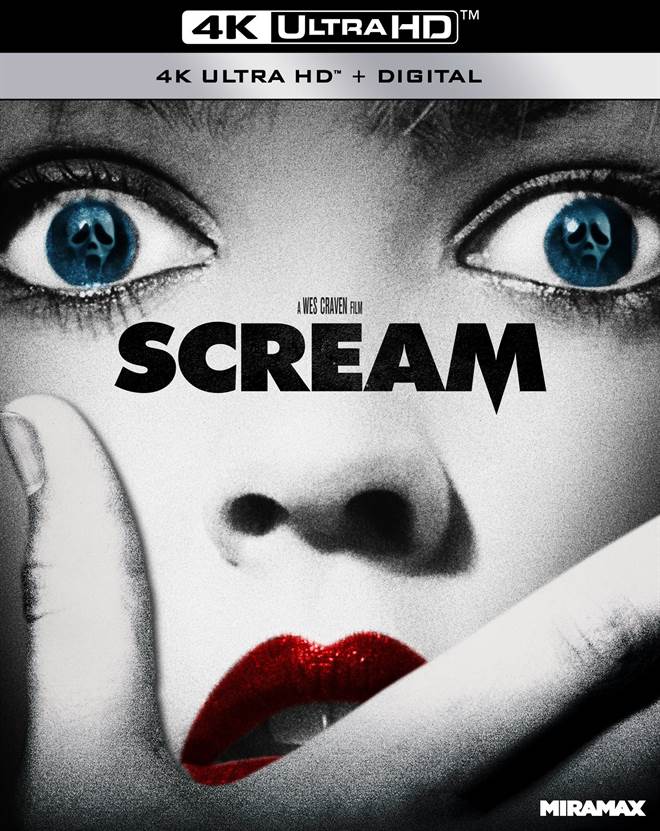 Kevin Meade Williamson was born in North Carolina, lived in Texas, attended high school in North Carolina, and eventually earned a Bachelor of Fine Arts degree from East Carolina University.  Like many aspiring actors, he then moved to New York City and after some minor success, he decided to head to Los Angeles.  After a few more acting roles, he switched his focus to writing where he has found great success in the last few decades.  His first motions picture, Scream, was released in 1996 and is turning twenty- five-years-old this year. In celebration of the anniversary, Paramount Pictures has released the film for the first time, in 4K.

As those who follow the saga of Sydney Prescott (Neve Campbell; Wild Things) know, a serial killer is out to murder her, but he/she takes their time and kills others in the process.  As teenagers around town start dying, Sydney begins to wonder who the murderer could be and why he/she is focused specifically on Syd.  Meanwhile, news reporter, Gail Weathers (Courtney Cox; Friends) once again antagonizes Sydney and blames her for an innocent man going to jail for a crime Gail doesn't think he committed.  By the end of the movie, Sydney learns Gail was right and the "killers" are her friends.

Originally marketed as a film starring Drew Barrymore (50 First Dates), viewers were shocked to discover Drew's character, Casey Becker is murdered in the first act. From there, Campbell becomes the focus of the movie.  It was a bait and switch nobody saw coming but it was effective as it got people talking about the movie and drew audiences into the theater. Once there, viewers and critics alike gave Scream high marks, which, of course, paved the way for the sequel (and beyond) to be made.  The fifth installment will be released in January but with the 4K version, people can enjoy the first film from the comfort of their own living room.

The combo pack comes with the 4K disc of the film and the digital code to download it.  The disc is in native 4K resolution with Dolby Vision.  Of course, this means the visuals are incredible with clarity and sharp details throughout.  The colors are deep and rich making the viewing experience a treat.

The DTS- HD master audio 5.1 is fantastic and is a wonderful companion to the visuals. Between the score and the soundtrack, the music is multilayered and appropriately somber and/or sinister as needed.  The extras are all previously released features except for an 8-minute feature that is interviews with the original cast and younger individuals who share their love of the film and director Wes Craven (A Nightmare on Elm Street).  The previously released extras are Audio Commentary, Production Featurette, Behind the Scenes, and Q&A Session.   In this case, the extras are not the reason to buy the 4K version of the film, but it is the uptick of video and audio quality that makes this set worth purchasing.

When Scream first made its way to theaters it seemed as if it was going to be "just another horror movie" but it proved everyone wrong and has become a beloved franchise.  A quarter of a century after the first film premiered, Paramount Pictures has lovingly taken the time and resources to make the viewing experience better than probably could have been imagined.  While the sequels aren't as good as the original film (usually they never are), I am still hoping Paramount releases them all in 4K so fans can have the complete set.  Only time will tell...

For more information about Scream visit the FlickDirect Movie Database. This release has been provided to FlickDirect for review purposes. For more reviews by Allison Rose please click here.