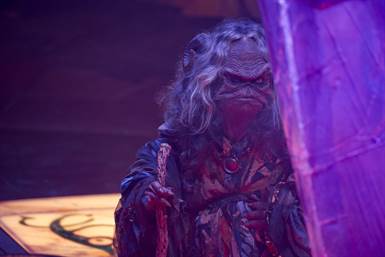 Based on The Dark Crystal, Jim Henson’s groundbreaking 1982 feature film, The Dark Crystal: Age of Resistance tells a new story, set many years before the events of the movie, and realized using classic puppetry with cutting edge visual effects. The world of Thra is dying. The Crystal of Truth is at the heart of Thra, a source of untold power. But it is damaged, corrupted by the evil Skeksis, and a sickness spreads across the land. When three Gelfling uncover the horrific truth behind the power of the Skeksis, an adventure unfolds as the fires of rebellion are lit and an epic battle for the planet begins.
The Dark Crystal: Age of Resistance images are © Netflix. All Rights Reserved.


Rewind: Nathan Rose's Top Picks For 2019 and The Decade in Telev...  12/20/2019 3:27 PM EST
It's that time of year again. All your favorite critics put out their list of favorite television shows for the year (and, in this case, for the decade as well).This year, I took a different approach where I will award the best television show technically, as well as emotionally for me. The reason being, If you asked someone what the best picture of 1975 would be some would say Jaws, while others ...  More>>

Netflix Announces 2019 Comic-Con Lineup  7/1/2019 2:54 PM EST
2019 Comic-Con is right around the corner and Netflix has announced their lineup for the event! The streaming giant will be holding two panels in Hall H on Friday, July 19, 2019, in celebration of their highly anticipated new series: The Witcher & The Dark Crystal: Age of Resistance.Below is the schedule for Netflix's events:THE WITCHER: A NETFLIX ORIGINAL SERIESFriday, 7/19/2019; 2:15PM - 3:00PM;...  More>> 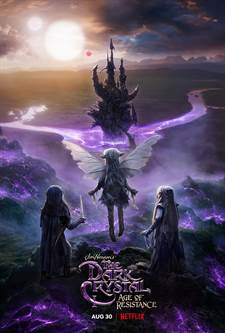