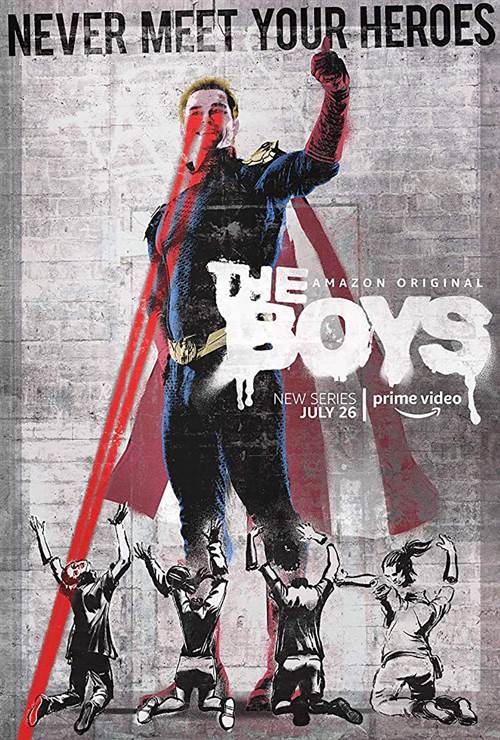 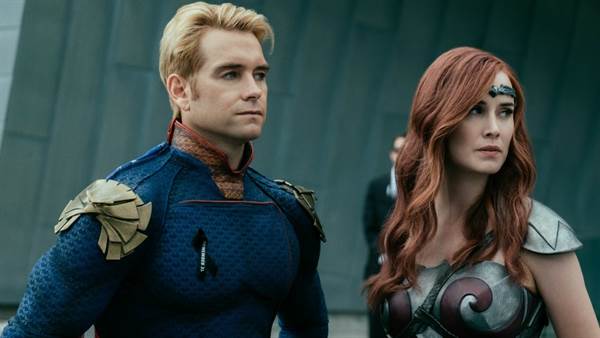 THE BOYS is an irreverent take on what happens when superheroes, who are as popular as celebrities, as influential as politicians and as revered as Gods, abuse their superpowers rather than use them for good. It’s the powerless against the super powerful as The Boys embark on a heroic quest to expose the truth about “The Seven,” and their formidable Vought backing.

Download The Boys in Digital HD/4K from the iTunes store.


The Boys Season Two…It's All About The Girls, Interviews With Th...  10/5/2020 9:43 PM EST
If you are a fan of the Amazon series The Boys, you have no doubt already watched most of Season Two and are highly anticipating, not only the last two episodes of this season but Season Three, as well as, the spin-off series announced last month.  Ironically, for a show titled The Boys, Season Two seems to revolve around the girls, especially a jacked-up promotional campaign from Vought, which ap...  More>>

Broken Characters is The Theme For The Boys Season Two. Can They...  8/18/2020 9:01 AM EST
Superheroes are supposed to be altruistic, friendly, and unencumbered.  At least that is the way it seems outwardly to the public eye.  What if that wasn't really true and they are acting that way for the public but are completely different behind closed doors?  What if they were really selfish, manipulative, and egotistical?  Garth Ennis and Darick Robertson set out to answers those questions whe...  More>>

Amazon Announces The Boys Season Three Renewal  7/24/2020 11:39 AM EST
Amazon Studios has announced that it has renewed "The Boys" for a third season. The announcement comes ahead of the September 4 premiere of the second season. The announcement was made at "The Boys" Comic-Con@Home Panel yesterday.It was also announced that Emmy Award-winning host Aisha Tyler will serve as host and executive producer of the official The Boys aftershow Prime Rewind: Inside The Boys....  More>> 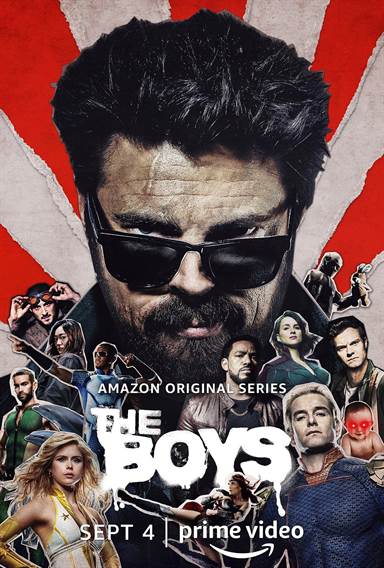 What if Superheroes were different behind closed doors from what their public personas portrayed them to be?  What if a corporation was working with them behind the scenes to give them that squeaky clean image? In the ever-growing world of comic book adaptations (either for movies or television) the latest television show, based on a comic book series by Garth Ennis and Darick Robertson, is called The Boys.  These narcissistic, selfish, and politically incorrect characters were introduced to mass audiences last year when the show debuted on Amazon, to critical acclaim.  Already renewed for a third season, Season two of the show is set to premiere on September 4, 2020, with the first three episodes.  Subsequent episodes will be released each Friday until the finale on October 9, 2020.

At Vought International, their business is superheroes - namely, The Seven. The Seven are a group of superheroes, led by Homelander (Antony Starr; Wish You Were Here), who are the faces of justice.  However, they aren't really the nicest people.  In fact, they are the opposite of what one would think a superhero would be.  For Starlight (Erin Moriarty; Captain Fantastic), becoming a part of The Seven has always been her dream but when she is asked to join the group, upon Lamplighter's retirement, she very quickly learns the ugly truth about these "do-gooders" and the Vought corporation.

Meanwhile, Hughie (Jack Quaid; The Hunger Games) who was devasted by the death of his girlfriend, Robin (Jess Salgueiro; Workin' Moms), has teamed up with Billy Butcher (Karl Urban; Star Trek), an ex-CIA agent who distrusts all "Sups".  Of course, at the end of Season One, we learn the secret Homelander has been hiding – Butcher's wife, Becca (Shantel Van Santen; The Flash), is really alive and raising Homelander's super-powered son.  We also find out that A-Train (Jesse T. Usher; Shaft) has an addiction to Compound-V which causes him to have a heart attack, and that The Deep (Chace Crawford; Gossip Girls) has a breakdown when he is all but kicked out of The Seven.

According to the cast, if Season One was about introducing the various characters, the theme for Season Two would be "breaking" them.  Butcher is nowhere to be found after the shocking revelation that Becca is alive, Hughie has nobody left, the deep is having an existential crisis, and Homelander feels his authority is being threatened by the newest member of The Seven, Stormfront (Aya Cash; The Wolf of Wall Street).

Of course, not everything will be new.  The show keeps the same sarcastic tone and funny. politically incorrect moments we have come to expect.  Homelander is as sadistic and annoying as he was in Season One and, now with an adversary worthy of battling him, it will be interesting to see who comes out on top.  The Deep and A-Train have their own issues and The Boys are infighting which doesn't help their cause to defeat the "Supes".  There is also the big question of will they/won't they get back together for Starlight and Hughie.

Interestingly, Amazon Prime is veering from its standard release schedule, which is to premiere the season all at once and let people binge-watch it at their own pace.  Season Two will see the release of the first three episodes on September 4, 2020, with a new episode to follow each Friday through October 9, 2020.  Seeing as the show has already been renewed for Season Three, only time will tell if Season Two can build on the momentum created from Season One.  The only thing I can say (that you won't understand until episode three) is…Lucy the Whale.