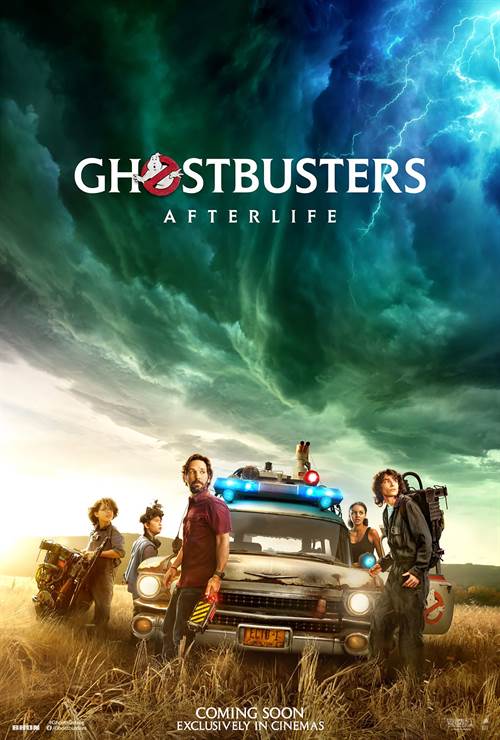 When a single mother and her two children move to a new town, they soon discover that they have a connection to the original Ghostbusters and their grandfather's secret legacy.


Ghostbusters Afterlife Surprises at Box Office  11/22/2021 12:53 PM EST
"Ghostbusters: Afterlife" has surprised those in the film industry with its opening weekend earnings. The film earned an estimated $44 million, making it the 9th best opening for 2021."Afterlife" was being described by some critics as simply a nostalgia project and didn't have high hopes for the overall success of the film. It is now expected to reach the coveted $100 million mark, which seems hig...  More>> 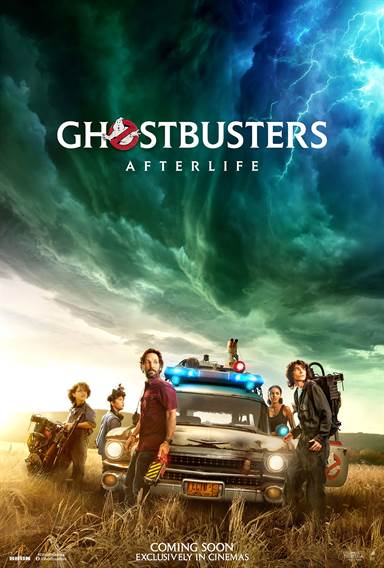 What do you get when you take a bunch of comedic actors who previously performed on Saturday Night Live, a bunch of weird science, and some ancient, evil, supernatural stuff?  No, it isn’t a trick question even though it may sound like one. You get the second highest-grossing film of 1984, Ghostbusters. With a $25-$30 million budget, Columbia Pictures took a big gamble on the film, which, much to the studio’s surprise, paid off as Ghostbusters grossed $292 million at the box office (of course, that doesn’t include all the money the merchandising brought in).  Written by Dan Aykroyd (The Blues Brothers) and Harold Ramis (Stripes) and directed by Ivan Reitman (Kindergarten Cop), the movie was a success that spawned a sequel, a remake, and now a whole new generation of ghostbusters in Ghostbusters: Afterlife.

Peter Venkman (Bill Murray; Caddyshack), Ray Stanz (Aykroyd), and Egon Spengler (Ramis) were Professors at Columbia University in New York studying parapsychology.  After they had an encounter at the New York City Public Library with a ghost, they were fired, and their research was discredited.  However, at the same time, supernatural activity was ramping up in the City and the newly formed Ghostbusters were busier than ever.  Fast forward thirty-seven years and the Ghostbusters are out of business and scattered throughout the country having not spoken in years.

Callie (Carrie Coon; Gone Girl) is told her estranged father, Egon Spengler, died the same week she gets evicted from her apartment.  With nothing to lose, she and her kids (Finn Wolfhard; Stranger Things) and Phoebe (McKenna Grace; Gifted) head to Summerville, Oklahoma to see what they could find and for Callie to finally put the resentment she felt towards her absent father to rest.  However, Phoebe, her summer schoolteacher, Mr. Grooberson (Paul Rudd; Ant-Man and the Wasp) and a few others uncover what Spengler was really doing in Summerville after sacrificing his personal life to save the world.

While Rudd is going to be somewhat of a box office draw (helloooooo People’s sexiest man alive 2021), it is Grace who the standout amongst the cast.  Despite her young age, she has some great performances behind her, and she can certainly add her portrayal of nerdy, science-minded Phoebe to that ever-growing list.  Wolfhard is very good as well and Coon rounds out the sarcastic trio nicely.  Of course, the various cameos are all special for those of us who loved the original 1984 film.

Ghostbusters: Afterlife, while being chock full of Easter eggs for older fans, has a different feel to it than its predecessors.  It has a darker tone throughout and is not as goofy as the other movies in the franchise.  It is more serious while still adding some humorous dialogue but for me, the jokes weren’t enough to make the movie feel like it belongs with the three other Ghostbusters films.

There were also a few moments that I thought the effects could have been done better.  For example, when the ecto-mobile is revealed to have a “gunner seat” that Phoebe uses the background looks like it is green-screened.  There were also night scenes at the farm which looked as if they were on a soundstage.

As a stand-alone movie, Ghostbusters: Afterlife is entertaining and enjoyable but as a continuation of a beloved franchise, it feels disjointed and different.  The cameos and references to the past make it nostalgic and connect it to the others but it wasn’t what I was expecting so I was just slightly disappointed.