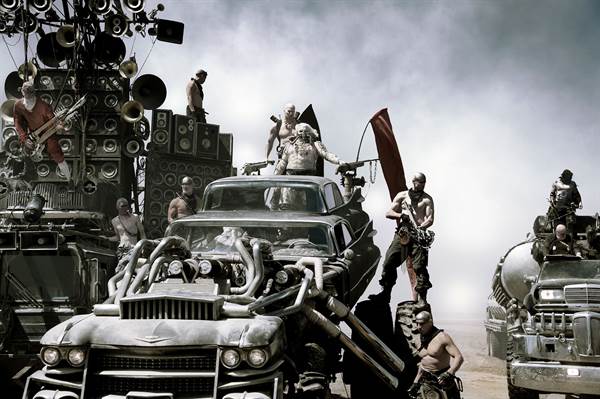 Haunted by his turbulent past, Mad Max believes the best way to survive is to wander alone. Nevertheless, he becomes swept up with a group fleeing across the Wasteland in a War Rig driven by an elite Imperator, Furiosa. They are escaping a Citadel tyrannized by the Immortan Joe, from whom something irreplaceable has been taken. Enraged, the Warlord marshals all his gangs and pursues the rebels ruthlessly in the high-octane Road War that follows.


Mad Max Fury Road Prequel Won't Star Charlize Theron  5/18/2020 2:17 PM EST
Director George Miller has announced that the Mad Max film he was working on will be a Mad Max: Fury Road prequel telling the story of Charline Theron's character Imperator Furiosa. He also stated that Theron would not be reprising the role."For the longest time, I thought we could just use CG de-aging on Charlize, but I don't think we're nearly there yet."The story will take place about 20 years ...  More>>

George Miller Says He Will Be Doing More Mad Max Films  1/14/2016 1:46 PM EST
It was reported that while at the Golden Globes, George Miller had said he wasn't going to do anymore Mad Max films.  Well, he has now clarified what he said, and that he is, in fact, planning on making more films.  Apparently, the reporter who quoted Miller got the information incorrect. "That was a completely garbled interview; I was in New York and it was so noisy and the journalist was asking ...  More>>

George Miller Finished with Mad Max Films  1/12/2016 4:02 PM EST
Mad Max fans, don't hold your breath for more George Miller directed franchise films. Though Miller had said in the past that he had more films planned, he shot that hope out of the sky the other night at the Golden Globes, saying,  "I won't make more Mad Max movies."Miller elaborated, saying, "I've shot in Australia in a field of wild flowers and flat red earth when it rained heavily forever. We ...  More>>

Mad Max: Fury Road Awarded Best Film by International Federation...  9/1/2015 2:47 PM EST
George Miller's Mad Max: Fury Road has been chosen for best film of the year, as chosen by the International Federation of Film Critics.Miller said in a statement, "You could have knocked me over with a feather! It's lovely to have this great cohort of critics acknowledge our collective labors in this way."Other nominees for the award were Laszlo Nemes' Son Of Saul, Hou Hsiao-hsien's The Assassin ...  More>>

Men's Rights Activist Calls for Boycott on Mad Max  5/14/2015 4:38 PM EST
Aaron Clarey, an author of a men's rights blog, has called for a boycott of the Mad Max film that is about to be released.  Clarey calls the film a "feminist piece of propaganda posing as a guy flick."Clarey, who admittedly hasn't even seen the film, says that he noticed how Charlize Theron "talked a lot during the trailers" and how her character "barked orders to Mad Max". According to him, "Nobo...  More>>

Tom Hardy Up for Another Superhero Film  5/6/2015 12:22 PM EST
Tom Hardy, who stars in the upcoming film, "Mad Max: Fury Road", recently commented about the possibility of being in another superhero film. He said that he would absolutely do another film in the genre. "I want The Punisher.I want The Punisher, or [video game] Splinter Cell. I want something … I don't know what I want."Hardy also commented about how he may not exactly fit the role of Frank Castl...  More>>

Mad Max Reboot Not To Be Shot In 3D  7/3/2012 9:48 AM EST
"Mad Max:Fury Road", the fourth film in the "Mad Max" franchise, has been in the works for quite some time now. Now, George Miller will be speeding up production of the 3D film by doing so in a post-production process.The many delays with the film prompted Miller to scrap the new 3D cameras that were being developed, due to concerns over how the desert conditions would affect the equipment.  The p...  More>> 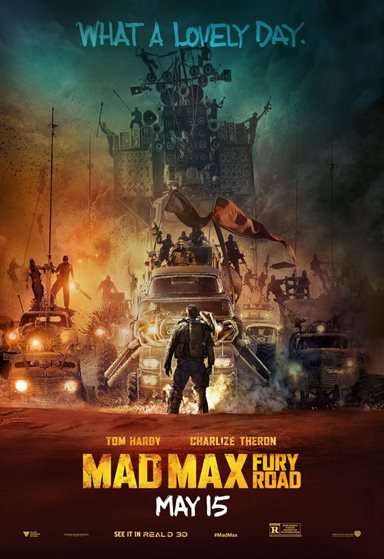 "What a lovely, lovely day"

In a world plagued by teenage dystopian cannon fodder, such as The Hunger Games and Divergent, Max Rockatansky has come to save us from this plague.  It has been thirty years since we have seen Mad Max leaving Bartertown and the Thunderdome. Now, Warner Bros., in association with Village Roadshow Pictures, brings the road warrior back to the silver screen.

Taking place 45-50 years after an apocalyptic event has destroyed earth, small factions of tribes and people still roam the earth in search of basic necessities — water, food, gasoline, procreation. Enter Max Rockatansky, a road warrior, who after the loss of his family has taken to become a scavenger, living on the dusty roads of this new earth, surviving the best he can and when his conscience gets the better of him, helping out others too helpless to help themselves.

Mad Max: Fury Road has had quite a long and bumpy ride to being made. It took no less than 15 years for this masterpiece to finally be shown to audiences.  It all started back in around 2000 when 20th Century Fox and original Max star Mel Gibson (Lethal Weapon, Braveheart) were interested in making the fourth film, but 9/11 happened and the budget, as well as the film, collapsed. By the time it was back on track again, this time at Max's home studio, Gibson was now blackballed from most Hollywood productions, and a new star and more up-to-date film had to be created from scratch.

Enter a new cast that really enhances the experience of the film. Max, now played by Tom Hardy (Batman: The Dark Knight Rises, Inception), easily fills the shoes left vacant by Gibson adding depth and emotion to the role of Max Rockatansky. To compliment Max in the waste land, we are also given a female road warrior, this time in the form of Imperator Furiosa played by the beautiful Charlize Theron (Prometheus,Devil's Advocate) who completely throws herself into character by going bald for the part. Rounding out the cast are familiar faces in apocalyptic films, Zoë Kravitz (Insurgent), Rosie Huntington-Whiteley (Transformers: The Dark side of the Moon), Hugh Keays-Byrne (Max Max), and a surprisingly great performance by Nicholas Hoult (X-Men: Days of Future Past).

Medical doctor turned writer/director George Miller (Witches of Eastwick, Happy Feet) goes all out on this fourth installment in the Mad Max series. It seems at 70 years old George Miller is finally at the top of his game. Never before have the action scenes been more engaging, the cinematography and color-depth of the wastelands so glorious, and characters more appealing than in this Mad Max film.

One of the most amazing feats that Mad Max: Fury Road accomplishes for its audience is the fact that there is almost no CGI used in the film. All of the breathtaking stunts you see on screen are real stunt people performing them. CGI was used a bit to remove some of the grips and wires from the film, but other than that (now kids, pay attention) the actors and crew performed these death-deifying feats all for your entertainment. These stunts were so jaw-dropping that even director Robert Rodriguez shockingly asked Director George Miller, "How the hell did you film that!?" during this year's SXSW festival.

Mad Max films are known to affect us on a visceral subconscious level that half the time we do not even know is happening. Mad Max: Fury Road is no exception to that rule; in fact, it actually enhances it.  While audience members are struggling to catch their breath from all of the action around them, unknown to them, these chaotic scenes are actually a beautiful symphony.

One of the most surprising elements that rounds out the film is the soundtrack by Tom Holkenborg aka Junkie XL. The sound is very hypnotic and exactly what you would expect warriors to be listening to while going to battle in this type of film. Miller even went as far as incorporating an electric guitar into the film that spits fire into the air and accompanies the soundtrack.

While Mad Max: Fury Road will most likely attract a male audience, females should examine this film as well. Behind the action and mayhem, director George Miller also adds meaning and substance that will have the female audience enjoying the film as well. For whatever reason you see Mad Max: Fury Road this week, it will be an adventure you don't want to miss, pushing the level of what an action film is meant to be. A+