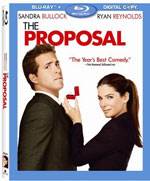 The year 2009's summer movie season was full of killer robots from the future, flying houses, and hijacked subway trains, but there was also a light-hearted romantic comedy that didn't get that much attention called the Proposal.  Now this October, this sleeper hit comes to Blu-ray for the entire family to enjoy.

High-powered-book editor, Margaret (Sandra Bullock) faces deportation to her native Canada, and the quick-thinking-exec declares that she is actually engaged to her unsuspecting put-upon assistant, Andrew (Ryan Reynolds), who she has tormented for years.   He agrees to participate in the charade, but with a few conditions of his own.  The unlikely couple heads to Alaska to meet his quirky family (Mary Steenburgen, Craig T. Nelson, Betty White), and the always-in-control city girl finds herself in one comedic fish-out-of-water situation after another. With an impromptu wedding in the works and an immigration official on their tails, Margaret and Andrew reluctantly vow to stick to the plan despite the precarious consequences.

While the story itself is a bit over the top and simplistic, the actors and director, Anne Fletcher, create a wonderful film.  Sandra Bullock gives her best performance since Speed, and Ryan Reynolds shows that aside from cracked one-liners, he really does have some great acting abilities.  The supporting cast, including Mary Steenburgen, Craig T. Nelson, and Betty White are simply amazing and nicely round out the film.

Aside from the great performances, the landscape of Alaska really shines through in this film and actually has me longing to take that trip to Alaska I vowed to take some time in my lifetime.

As with most Disney Blu-ray releases, the picture is simply amazing!  Encoded in the latest VC-1 codec, the picture looks better than its theatrical run with a perfect blend of colors and no-edge enhancements.

While action films are normally the subject to a superb soundtrack, The Proposal breaks the mold and provides a great 5.1 DTA-HD MA soundtrack that perfectly fits the film.

Aside from a wonderful feature presentation, Disney has done something that is rare with most Blu-ray releases by providing its bonus features in 1080p.  The bonus features include an Alternate Ending (although I personally preferred the theatrical one), deleted scenes, and a blooper reel.

Last but not least, Disney has gone its usual 110% and provided a digital copy to take on the go (I am starting to use these more and more due to having to travel more. It is a lot simpler than taking a bunch of DVDs on the plane)

If you have had a long day, just want to relax, and do not know what to do -- then look no further.  The Proposal is the perfect remedy for you.

Please note that some portions of this review are taken from the theatrical review of The Proposal on 6/19/2009.

The Proposal images are © Touchstone Pictures. All Rights Reserved.

Nathan M Rose
2009's summer movie season is now in full swing with its killer robots from the future, flying houses, and hijacked subway trains, but what if you want a light-hearted romantic comedy.  Do you have to wait for the fall?  Not this year with the release off the Proposal by Touchstone picture...
Full Review | Grade: B 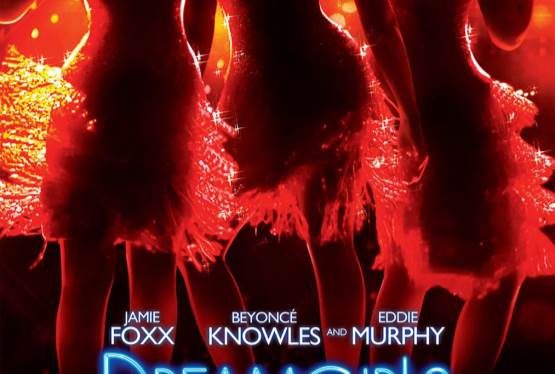