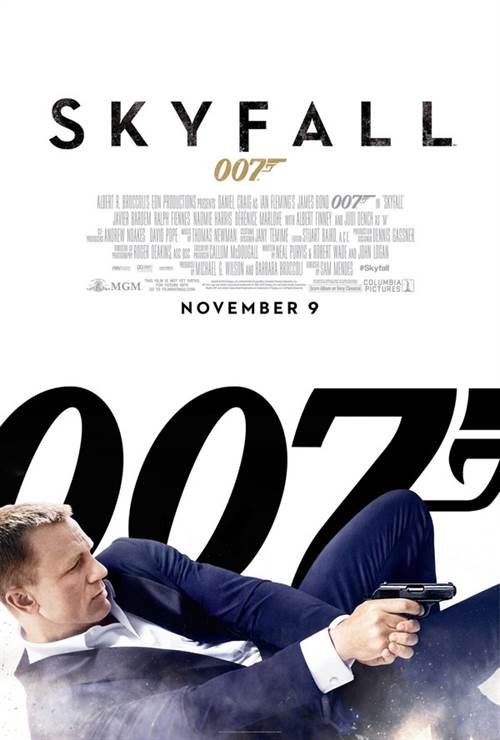 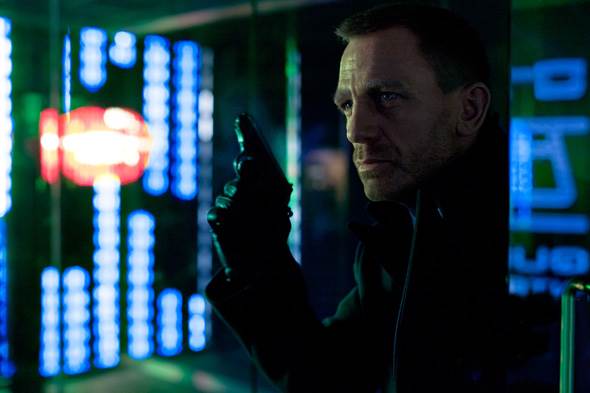 In SKYFALL, Bond’s loyalty to M (JUDI DENCH) is tested as her past returns to haunt her. 007 must track down and destroy the threat, no matter how personal the cost.

When Bond’s latest assignment goes gravely wrong and agents around the world are exposed, MI6 is attacked forcing M to relocate the agency. These events cause her authority and position to be challenged by Gareth Mallory (RALPH FIENNES), the new Chairman of the Intelligence and Security Committee. With MI6 now compromised from both inside and out, M is left with one ally she can trust: Bond. 007 takes to the shadows – aided only by field agent, Eve (NAOMIE HARRIS) – following a trail to the mysterious Silva (JAVIER BARDEM), whose lethal and hidden motives have yet to reveal themselves.

Stream Skyfall in Digital HD/4K from the AppleTV store.

Listen to the Skyfall soundtrack on Apple Music.


Global Celebration Begins for James Bond's 60th Anniversary  9/22/2022 10:24 AM EST
On Wednesday, September 21, the celebration of the longest-running series in cinema history officially started!Global events have been scheduled to celebrate the 60th Anniversary of the legendary "James Bond" franchise and they were kicked off with producers Michael G. Wilson and Barbara Broccoli, partaking in the 95-year-old Hollywood tradition of imprinting their hands at the forefront of the TC...  More>>

Win Passes To See NO TIME TO DIE For Free in Florida  10/7/2021 1:55 PM EST
It has been six years since James Bond (Daniel Craig; Layer Cake) last graced movie screens and fans are definitely ready for the latest movie in the 007 franchise to open.  Luckily, that wait will be over, as NO TIME TO DIE hits theaters on October 8, 2021. United Artists Releasing, in conjunction with FlickDirect, would like to offer some lucky winners one admit-two pass to see the film at an AM...  More>>

No Time to Die Scores Big in International Debut  10/4/2021 11:35 AM EST
Before its arrival in the U.S., the latest installment in the James Bond franchise racked up an estimated $119.1 million in international ticket sales over the weekend, making it the first Motion Picture Association title to top $100 million in an overseas debut except for China.  The film will arrive in China on October 29.The fifth and final James Bond film featuring Daniel Craig had its best op...  More>>

No Time to Die to Premier on World's Largest Imax Theater in Ger...  9/27/2021 2:58 PM EST
Germany will be opening the world's largest Imax screen on September 30, just in time for the release of "No Time to Die", the latest film of the James Bond franchise. The theater is located at the Traumpalast Multiplex in Leonberg and will be able to showcase the Imax exclusive footage shot for the new Bond film. It is the first to be shot with Imax cameras and will include 40 minutes of Imax exp...  More>>

James Bond Franchise to See Theatrical Releases Despite Amazon A...  5/27/2021 2:33 PM EST
James Bond producers Barbara Broccoli and Michael G. Wilson have stated that they plan on making more films for the franchise, despite the news about Amazon acquiring MGM."We are committed to continuing to make James Bond films for the worldwide theatrical audience," said Broccoli and Wilson.The deal definitely won't affect the Oct. 8 release of "No Time to Die", which will be the last film to sta...  More>>

No Time to Die Release Delayed Until April 2021  10/2/2020 4:56 PM EST
"No Time to Die", the upcoming James Bond film, has had its release date pushed back. The film will now open in theatres on April 2, 2021, instead of Nov. 20 of this year.In a statement, the studio said, "MGM, Universal and Bond producers, Michael G Wilson and Barbara Broccoli, today announced the release of No Time To Die, the 25th film in the James Bond series, will be delayed until 2 April in o...  More>>

James Bond No Time to Die Release Delayed Until November  3/5/2020 10:35 AM EST
MGM, Eon, and Universal have decided to postpone the opening of James Bond: No Time to Die. The film, which was slated for an April 10 release, will now be released on November 25.The trio released a statement saying, "MGM, Universal and Bond producers, Michael G Wilson and Barbara Broccoli, announced today that after careful consideration and thorough evaluation of the global theatrical marketpla...  More>>

James Bond Producer Nixes the Thought of a Female Bond  1/16/2020 2:21 PM EST
In a recent interview with Variety, "James Bond" producer Barbara Broccoli dismissed the idea of having a female play the iconic character."He can be of any color, but he is male. I believe we should be creating new characters for women -- strong female characters," said Broccoli. She went on to add, "I think women are far more interesting than that."There hasn't been any word on who will next pla...  More>>

No Time to Die is Official Title for Bond 25  8/20/2019 3:54 PM EST
It was announced today by James Bond producers,  Michael G. Wilson, and Barbara Broccoli, that the official title of the 25th film in the franchise is No Time to Die. The Cary Joji Fukunaga directed film hails from Albert R. Broccoli's EON Productions, Metro Goldwyn Mayer Studios (MGM), and Universal Pictures International. Daniel Craig will reprise his role as James Bond for the fifth time.No Tim...  More>>

Bond 25 Filming to Begin in Matera, Italy This Summer  3/8/2019 11:30 AM EST
Bond 25 production is moving along, and Matera, Italy has been chosen as the backdrop for the film's prologue action sequence.Filming in the city of 60,000 is said to begin in late July but preparations are already underway to accommodate the production crew of about 500 people. No one associated with the film has confirmed these plans yet.The city of Matera is no stranger to the Hollywood scene. ...  More>>

Cary Joji Fukunaga to Direct Bond 25  9/20/2018 10:12 AM EST
Cary Joji Fukunaga has been tapped to direct the upcoming installment of the James Bond franchise, Bond 25.Fukunaga, the first American to direct a Bond film, replaces British director Danny Boyle, who left the project due to "creative differences." "Michael G. Wilson, Barbara Broccoli and Daniel Craig announced today that Bond 25 will begin filming at Pinewood Studios on 4 March 2019 under the he...  More>> 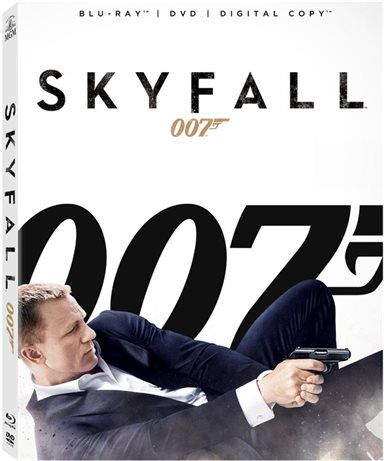