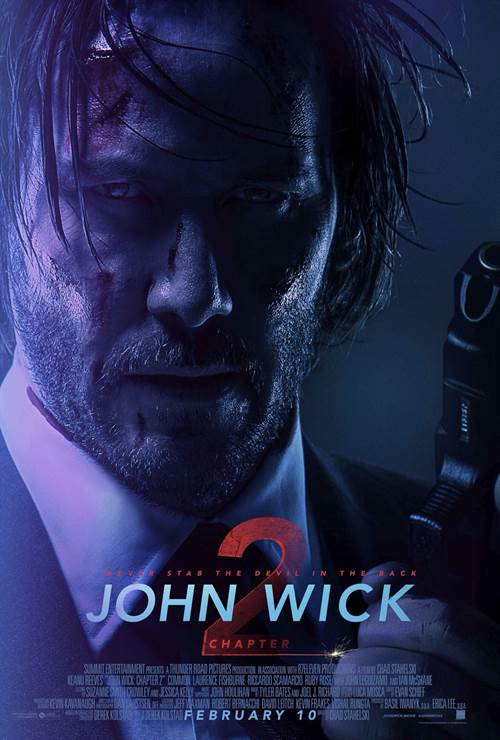 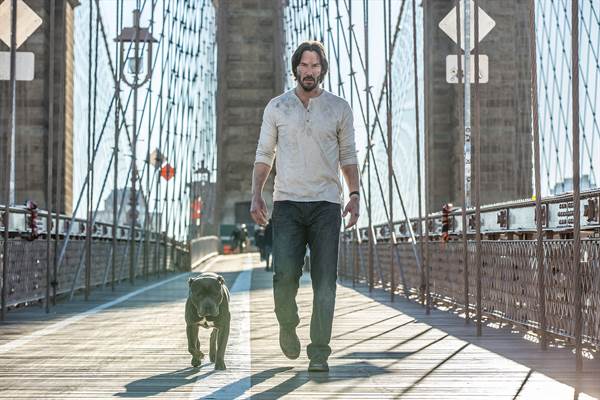 In this next chapter following the 2014 hit, legendary hitman John Wick [Keanu Reeves] is forced back out of retirement by a former associate plotting to seize control of a shadowy international assassins’ guild.  Bound by a blood oath to help him, John travels to Rome where he squares off against some of the world’s deadliest killers.


Keanu Reeves to Make Appearance in Upcoming John Wick Spinoff  11/9/2022 10:06 AM EST
The John Wick franchise is expanding with the addition of a "Ballerina", a spinoff to the action films, and Keanu Reeves is expected to make an appearance.Lionsgate hasn't confirmed or commented on the news, but they have announced that franchise star Ian McShane will reprise his role as Continental Hotel manager, Winston."We're thrilled to have Ian McShane joining us for a pivotal role in 'Baller...  More>>

John Wick Prequel to Air on Peacock  8/15/2022 2:34 PM EST
The previously announced "John Wick" prequel series which was to air on Starz, will now air on Peacock.The series, titled "The Continental", will be a three-episode event that will feature the story of the hotel, which is a neutral zone and refuge for assassins. It is featured prominently in the "John Wick" film franchise. Colin Wooddell will play the character of a young Winston Scott (played by ...  More>> 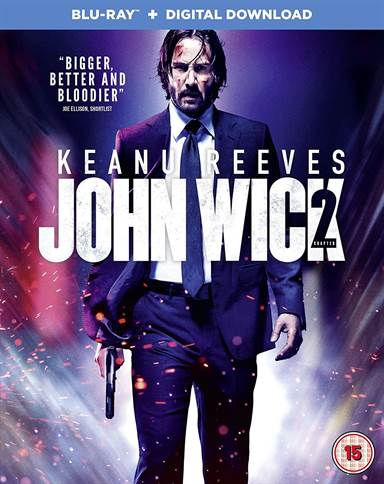 The second installment of the John Wick franchise hits the small screen on Blu-ray this week, with Keanu Reeves reprising his role of the infamous hitman.

The second chapter starts virtually where the first movie left off - with an opening sequence full of the tire screeching and bullet flying action you came to expect from its predecessor. Everything looked good for Wick to return to his self-imposed retirement, and it also tied up a few of the loose ends on the way. That is until badass Santino D'Antonio (Riccardo Scamarcio) turns up with a blood marker, a debt that's owed and looking for repayment, one last job; all he has to do is assassinate Santino's sister, and the marker would be repaid and Wick can, at last, get back to his retirement.

After a little gentle persuasion (if having rocket-propelled grenades burn your house to the ground can be called "gentle persuasion"), Wick reluctantly takes the job of assassinating D'Antonio's sister Gianna. With this, the movie moves swiftly to Italy and this is where the action is cranked up a gear - starting with a gunfight that leaves a kill count any Call of Duty player would be immensely proud of!

The performance of Keanu Reeves's portrayal of the hitman nicknamed the Bogeyman is competent, especially as he doesn't have too much to say on screen, his is a case of his "actions speak louder than words". Another returning actor is Ian McShane who again plays Winston, the head of "The Continental" a bizarre hotel that gives sanctuary to killers along with Charon (Lance Reddick) as the charismatic desk manager.

John Wick came as a pleasant surprise back in 2014, but chapter two does not hit the highs that that movie hit. For fans of the first movie, you will be glad to know there is a lot of familiarities that made the first movie so watchable. However, something new arrives in Laurence Fishburne's character Bowery King and adds a little something to freshen up the movie at a point when it needed it.

All this, unfortunately, is let down by the script, as the script for chapter two is nowhere near as good as the first. But that's not being too critical as what it lacks in the dialog it does make up for in action. With a background in stunt choreography,  director Chad Stahelski uses his knowledge well, using the fight scenes to move the story along to a conclusion that isn't wholly surprising, but the end scene does set the third movie in the series up quite nicely.

The Blu-ray offers a number of special features focusing on everything from the stunts and fight scenes to a look at the tools of the trade and the number of bodies that stack up in this film.  They include:


To sum up, then, I'd have to say although John Wick 2 is lacking substance in places, it is a fast, action-packed movie that will brighten up any dull summer's day.